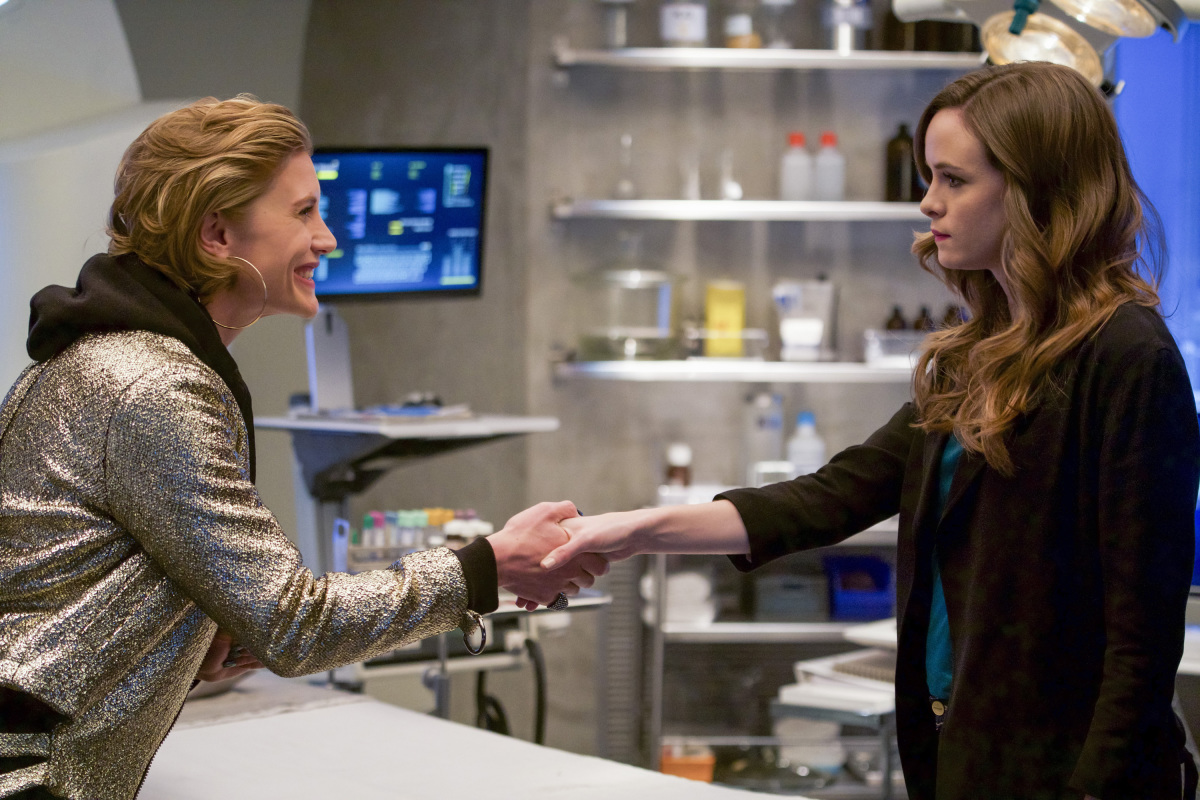 The Flash 4.21 Photos: “Harry and the Harrisons”

The rest of The Flash Season 4 is underway, and so is new information about the upcoming episodes! Today, The CW released the official promotional images to episode 21 titled “Harry and the Harrisons,” and if you guessed right, Harry Wells is at the center of the episode. Check out the images below, as well as the episode description! However, be aware of potential spoilers from the episode – you’ve officially been warned!

THE TEAM TURNS TO AMUNET BLACK FOR HELP — With DeVoe’s Enlightenment device nearly complete, in order to disable it The Flash (Grant Gustin) and his team must put their faith in an unlikely ally – Amunet Black (guest star Katee Sackhoff). Meanwhile, Harry (Tom Cavanagh) hits an all-time low when the “Council of Wells” kicks him out but then Cisco (Carlos Valdes) introduces him to the “Council of Harrisons.” Kevin Mock directed the episode written by Judalina Neira & Lauren Certo (#421).  Original airdate 5/8/2018.”

The Flash Season 4 airs Tuesday nights at 8/7c on The CW! Are you excited for a Harry-centric episode? Let us know in the comments below!