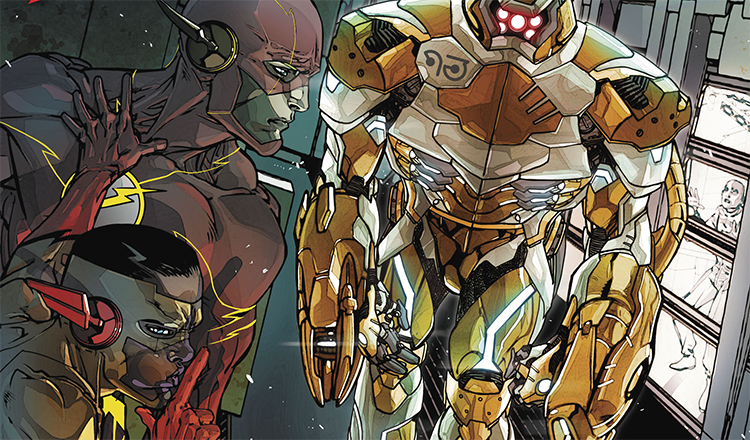 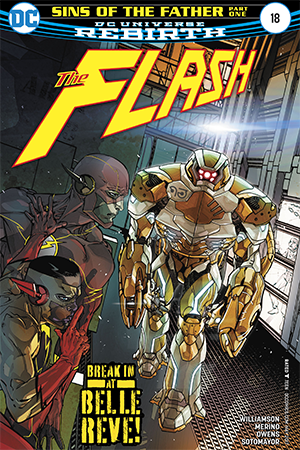 The Flash #18 starts off its latest arc by returning to the central theme of any good speedster story: family. Wally West’s happy memories of his uncle Daniel have since been shattered by the reality of his Reverse Flash father, and watching Barry interact with his own father only deepens that wound. The early scenes between the West and Allen families in this issue are a bittersweet mix of adorable childhood stories and present pain, a fine line that Joshua Williamson walks remarkably well.

Eventually Wally becomes so morose during the family dinner that he needs to get out and clear his head, so naturally the Flash goes after him. There’s yet another touch of irony, as Henry reminds his son the importance of honesty in relationships in an effort to convince him to tell Iris and Wally the truth about his identity. Instead Barry decides to be honest about something else entirely – the issue of Daniel West.

Wally already did some research beforehand – in the previous Rogues arc – and the next step is to go to Belle Reve Penitentiary. This ties is very nicely to the Justice League vs. Suicide Squad event, which was also written by Williamson, helping to place both stories within the greater DC Universe continuity.  Amanda Waller’s brief appearance is perfectly in character, and manages to raise a lot of questions for Wally that he can mine later… and that might change his dynamic with the Flash.

If I’m not mistaken, this was the first issue in Rebirth’s run of The Flash entirely without either Ivan Plascencia or Carmine Di Giandomenico. It takes some getting used to, especially because the characters themselves take on such a different appearance, but Chris Sotomayor’s coloring helps smooth the transition. And it certainly doesn’t hurt that Barry, Iris and Wally all look more youthful this week than they have in the past. Jesus Merino and Andy Owens’ pencils and ink are strong and maintain the energy of their predecessors while staking out a different look entirely. The most important part of any issue of The Flash, from an artistic point of view, is the lightning – and the team succeeded in making it kinetic. 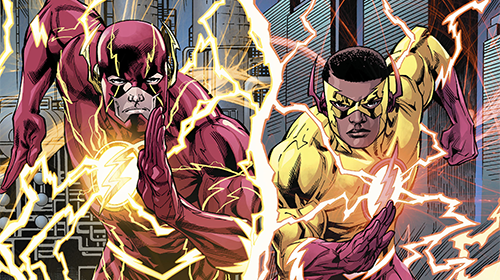 Meanwhile, Captain Boomerang makes his grand entrance, which adds some much needed levity to the end of this week’s The Flash. Not to mention that Barry is getting a chance to visit several locations around the world throughout the series, which also allows the art team to show off the diversity of their talent. Steve Wands lettering plays a big role in maintaining a cohesive look for the series in this case.

Verdict: 4 out 5 stars. The ending of the issue is a little abrupt, but the setup for the rest of the arc has been laid out beautifully. Wally and Barry have the opportunity to bond after some time apart, and there is delicious potential for more questions about Reverse Flash and the West family’s history to be answered.