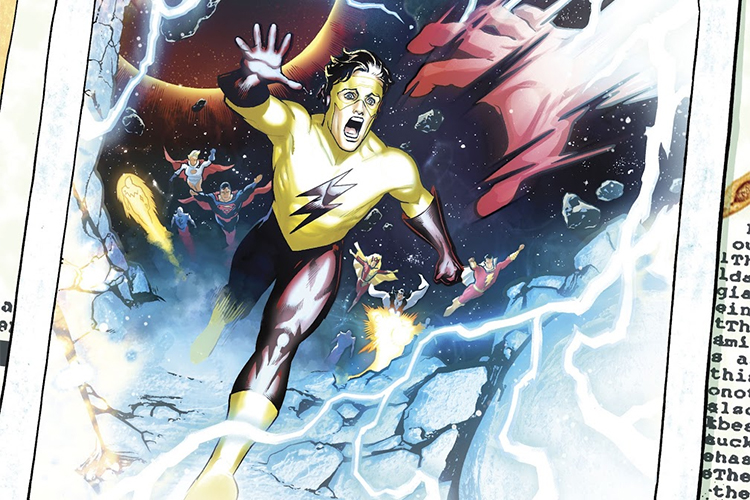 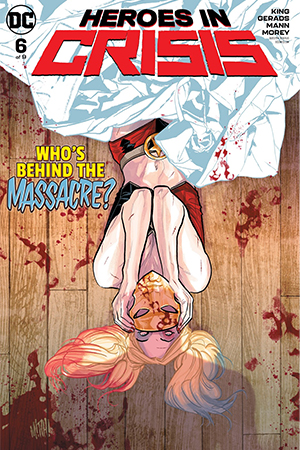 Heroes In Crisis #6 maintains its emotional resonance as it explores the struggles of various characters – specifically Gnarrk, Wally West and Harley Quinn. Unfortunately, this is past the halfway mark of the miniseries, and the plot is hardly moving forward. Which only leads one to assume that there isn’t that much plot to unreal, merely a matter of unmasking the killer and then twisting the proverbial knife some more.

Tom King’s poetic writing is well-suited the introspection that this series requires, and Wally’s struggle to piece together the loss of his family is especially poignant. Gnarkk’s flashbacks are much more philosophical in nature, but his final moments are heartfelt mostly thanks to the stellar work that Clay Mann & Mitch Gerads. They infuse every panel with rich detail and soft colors that perfectly complement the somber and pensive mood of the issue. Again, the real problem is that there isn’t much here to move the needle, as neither Harley’s trauma nor the ‘reveal’ of Booster’s involvement is surprising. 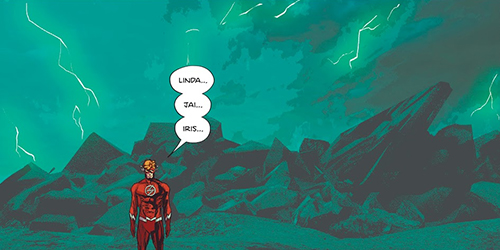 Meanwhile, Heroes In Crisis#7 opens on that same reveal and expands a little more on the implications, with Harley and Booster duking it out in a visually stunning panel courtesy of Mann and Gerads once again. Travis Moore also performs admirably with the pages he is given, fitting in seamless with the main art team. On the flipside, there are a few pages drawn by Fornes which feel slightly off-kilter. Not enough to break the flow of the story, but enough to wonder if Wally is coming from a different place than he was before.

Harley is coming from a different place, but that’s understandable given the rage coursing through her during this issue. Interspersed throughout Heroes In Crisis#7 are some of the reveals we’ve waited months for, but the problem is that they are still presented as questions. Are we learning that Wally was responsible for the massacre – and if so, why – or is it a metaphor? Is he bringing Poison Ivy back to life, or are we seeing projections of them? It seems he planted his own body, but the purpose remains unclear. Perhaps that’s what the last two issues are for. 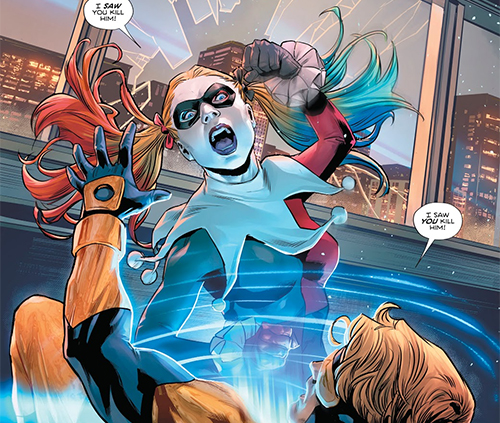 Verdict: 3 out 5 stars. Overall, it’s clear that Heroes In Crisis works very well as a meditation on the mental state of heroes, especially as Wally is shown to fall apart the more he explores how much he blames his uncle Barry for everything he’s lost. But the weakness of the series is still that it relies on emotional gut punches amidst introspection rather than following any kind of narrative.