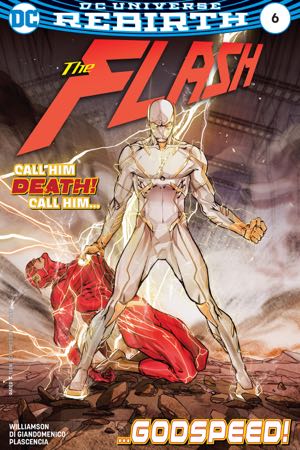 DC’s Rebirth has sparked several creative rejuvenations in its various titles, of which one of the strongest is The Flash.  So let’s dive into today’s issue, seeing as it rapidly accelerated the mystery that’s been brewing since the start of Joshua Williamson’s run. Who is Godspeed?

While Barry unravels the answer to that question with some help from Iris West – and thank goodness she gets to put her skills to good use this week – he’s also grappling with what Meena’s disappearance and potential death mean. Rebirth as a whole has been murky on how the Pre-Flashpoint DC Universe ties into the present, but we know that part of our heroes’ lives have been stolen from them and only the older Wally West remembers the truth. Which is why it’s incredibly exciting that Barry connects what happened to Meena with his own experience in ‘Crisis on Infinite Earths.’ 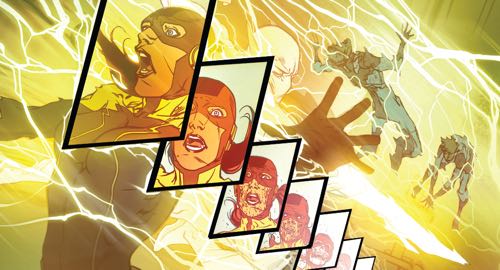 This raises a host of questions, primarily because readers have yet to see Barry Allen remember anything about his life pre-Flashpoint, outside of the little Wally told him. Is Meena dead, or is she lost in the Speed Force like many speedsters before her? And if pieces of Barry’s life are coming back to him, what does that mean for the memories of other DC characters? And what does that mean for his ever-evolving relationship with Iris?

I’ll be honest that I’m a big fan of romance, and therefore not as big a fan of romances getting switched up. Part of the appeal of Rebirth for me is seeing the female characters I’ve loved since childhood being restored to their previous prominence in many of DC’s classic titles. That’s why I’ve been a little frustrated with Iris and Barry’s relationship remaining just friendly, and more importantly with the fact that she doesn’t know about Barry or Wally’s powers yet. However, if she’s utilized as well as she was this week, then I can be patient. Making her a part of the investigation and showing her bond with both Barry and her nephew really helped pull this issue together. 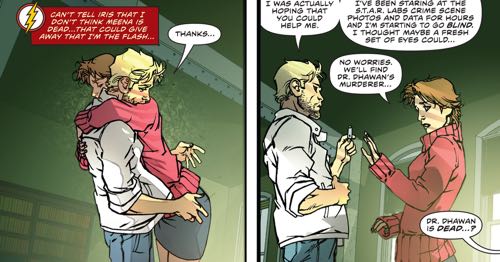 Wally and Godspeed both had very important moments in this issue, and the build to both of their major scenes was beautifully done. Even if readers can see the twists coming, they’re earned and they remain exciting due to the Joshua Williamson’s excellent sense of pacing. I won’t spoil who Godspeed is here, but if you’ve been following the series closely, you’ve already guessed correctly. And while the reveal itself is not surprising, the things Godspeed has to say about Barry Allen’s psyche are.

I have to commend the artists this week for contributing so heavily to the appeal and pathos of the story. I have had some trouble adjusting to Carmine Di Giandomenico’s work, mostly in the CCPD scenes, but he does a wonderful job of making everything feel like it’s moving at super speed. And Ivan Plascencia’s colors pop off the page, which helps to create an increased tension that perfectly compliments the story. Wally’s big moment is especially poignant, thanks to the combined efforts of these two artists. 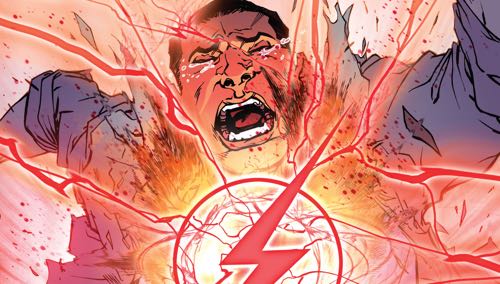 Verdict: 4.5 out 5 stars. I’m never happy about fridging women for the sake of a man’s story, but the advances in the Godspeed plot and the furthering of Wally’s journey to becoming Kid Flash almost make up for it. Now all I need is for Iris to be told the truth – it’s 2016, it’s time – and to grow her hair out. At which point, The Flash will have achieved perfection.