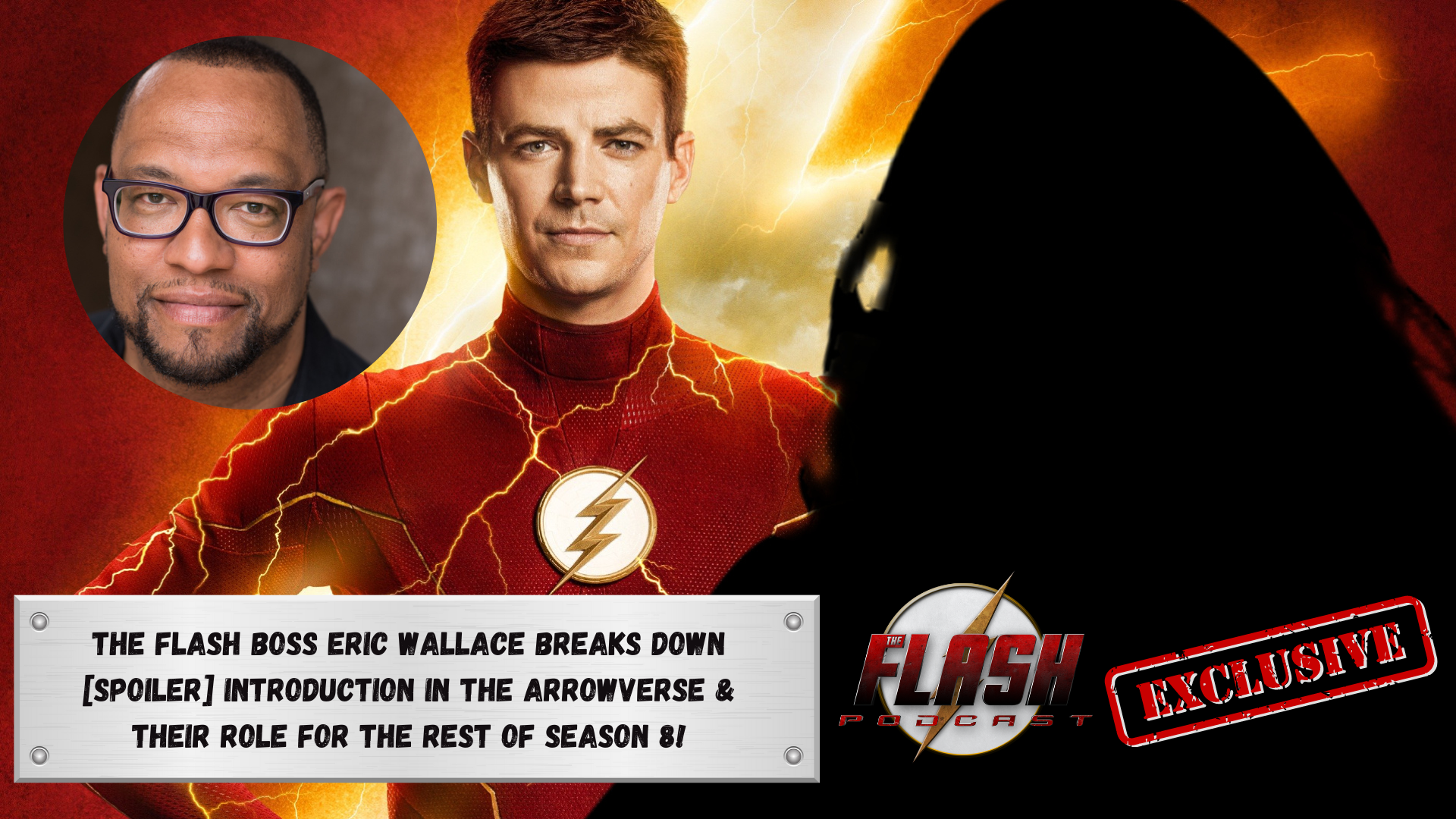 WARNING: Be aware of BIG SPOILERS from The Flash season 8, episode 17, “Keep It Dark”!

The Flash season 8 is back for its final bulk of episodes and if you just finished episode 17, “Keep It Dark,” then you know who just showed up: DC’s Meena Dhawan! Played by 4400 star Kausar Mohammed, Meena is the latest speedster to join The Flash and the Arrowverse, and will be around for the rest of season 8. A few weeks ago, The Flash showrunner Eric Wallace made his latest return to The Flash Podcast for an exclusive interview (which you can watch by clicking HERE) on episode 15 and beyond.

During our chat, we saved a clip that relates to tonight’s episode “Keep It Dark” with Meena’s introduction. In this quote below (which you can both WATCH and READ), Eric talks about what Meena’s role will be in The Flash season 8, how they were initially going to introduce her into the Arrowverse during season 7, and more.

DISCLAIMER: Please do NOT reproduce the quote or break it up through screenshots. We request that you link to our original article when using it on other platforms.

“I actually wanted to introduce Meena last year in season 7. Obviously, as we all know, when COVID hit and shrunk our episode order, all of my biggest plans were all laid out in my summer document that I wrote. I handed it back to the staff at the beginning of the season. At that point, it says ‘This is what the season is, this is what it’s all about. These are the themes, these are the arcs. These are the character journeys, this is where we’re going.’ It’s now broken up into graphic novels that best exemplify the thematic stories we want to tell.

In all of that, Meena actually had appeared in the season 7 document that I give out at the beginning of each season. Well, that didn’t work out [because of COVID]. Since I knew we’re going to take her out of season 7 and we’re going to put her in season 8, let’s just plant all of the little seeds to let people know she is definitively coming. It was no coincidence when Bart went to the past in 806, with Nora, that he runs into Avery Ho, who mentions her boss. I don’t know if it made the cut or not anymore, but her boss is Meena Dhawan. It was right there; we might have had to cut that line out. But in our minds, ‘Meena is already in our universe in 806.’

As we got closer and closer, we started to realize that Meena’s storyline is in sync with the season finale. It’s very much in sync with the end of season 8. That’s the time to introduce her. How do you introduce such an iconic character? Because Joshua [Williamson] and all the wonderful comic book folks did such a great job of setting her up and introducing her. [We thought], ‘Let’s do it a little differently. Yes, she still works in a familiar lab that everyone will recognize. Yes, everyone will eventually recognize her costume,’ because that is coming. I take no credit at all for that; it goes to our costume designer for season 8, Kate Main, who did an absolutely amazing job designing the look of Fast Track. It just blew us all away when she showed me the sketches, and then she showed me the final design with Kausar wearing the costume, who’s a fantastic actress.

But in bringing it all to life, we had to ask ourselves, ‘This is really cool. She’s got superpowers, she’s going to help The Flash,’ all the things one would expect. But what’s this story really about emotionally? That’s the stuff I can’t tell you about, because that’s all the spoilers. As we see at the end of 8.17, she’s just beginning her speedster journey. She needs help, she needs a mentor – which of course, as we see at the end of 8.17, Flash volunteers and says, ‘I’m going to mentor you, I’m going to help you get better as a speedster.’ But what are the consequences? One of the consequences of having [Barry] as your mentor as we run into the season finale as he’s searching for Iris – it’s all gonna come together. Let’s just say bad things are gonna happen before the eventual good!”

The Flash season 8 airs new episodes on Wednesdays at 8/7c on The CW!