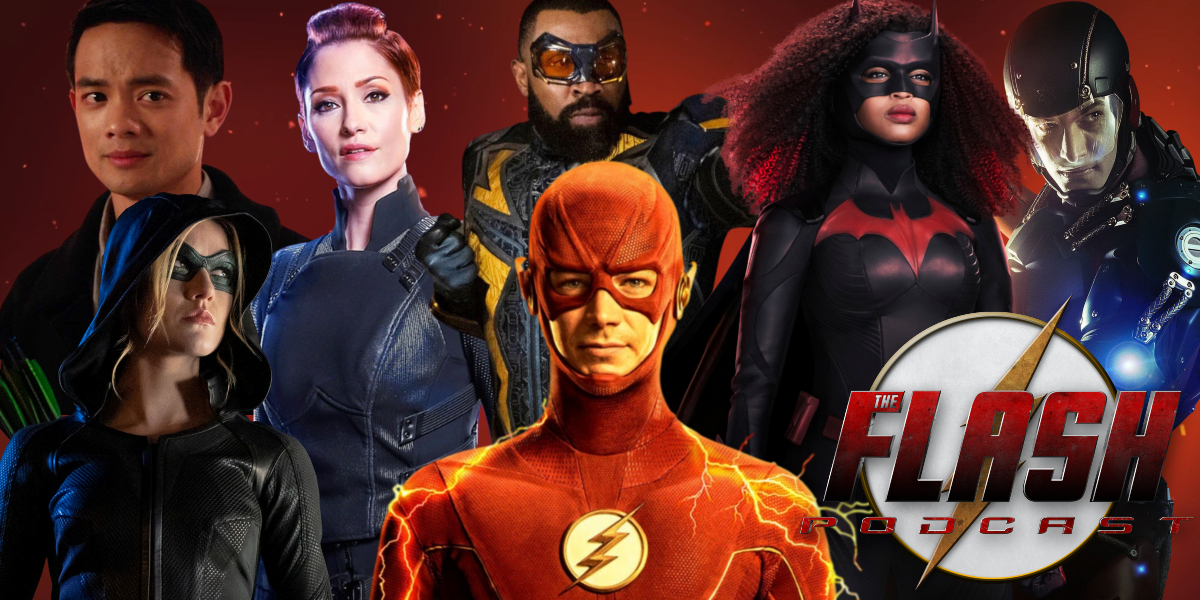 The Flash season 8 will be opening up in the biggest way yet as the Arrowverse drama is set to host a special 5-episode event starting on Tuesday, November 16. Ever since the original announcement, fans have been waiting to find out which Arrowverse heroes from the other shows would be showing up and today, The Flash Podcast is proud to reveal that the DC TV event will feature several fan favorites!

The 5-part event, titled “Armageddon,” will feature Cress Williams as Black Lightning, Javicia Leslie as Batwoman, Brandon Routh as The Atom, Chyler Leigh as Sentinel, Kat McNamara as Mia Queen, and Osric Chau as Ryan Choi. For Chau, this will be the first time fans see Ryan in the Arrowverse since Crisis on Infinite Earths while for McNamara it will be the first time she shows up since the final season of Arrow.

Since this will be happening after Supergirl’s final season, fans of Alex Danvers won’t have to wait long to see one of the Danvers sisters. But what is a major Arrowverse event without some super-villains as Tom Cavanagh and Neal McDonough will be reprising the roles of Reverse-Flash and Damien Darhk respectively. The CW also provided an official logline of the Armageddon event which you can find below.

“ARMAGEDDON: A powerful alien threat arrives on Earth under mysterious circumstances and Barry (Grant Gustin), Iris (Candice Patton) and the rest of Team Flash are pushed to their limits in a desperate battle to save the world. But with time running out, and the fate of humanity at stake, Flash and his companions will also need to enlist the help of some old friends if the forces of good are to prevail.”

The Flash showrunner and executive producer Eric Wallace (who The Flash Podcast recently interviewed, which you can check out here,) shared his major excitement about the 5-parter.

“Simply put, these are going to be some of the most emotional FLASH episodes ever.  Plus, there are some truly epic moments and huge surprises that await our fans.  And we’re doing them on a scale that’s bigger and bolder than our traditional FLASH episodes. So yes, ARMAGEDDON is a lot more than just another graphic novel storyline.  It’s going to be a true event for FLASH and ARROWVERSE fans, old and new.  Honestly, I can’t wait for audiences to see what we’ve got planned.”

Are you excited for the major 5-part event in November? Let us know!