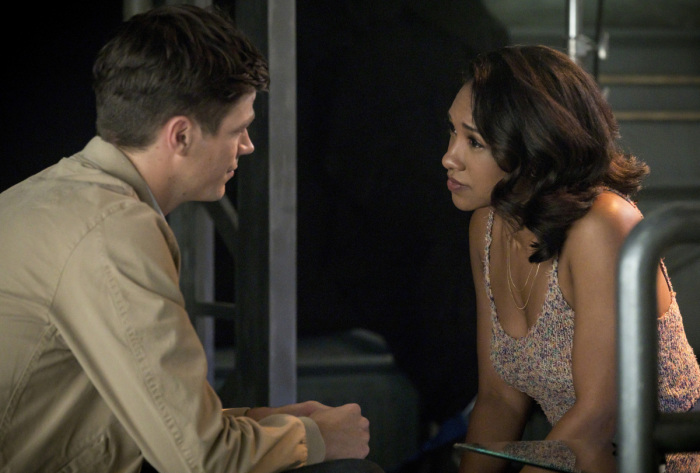 Tonight, Season 4 of The Flash premiered as Barry Allen (Grant Gustin) escaped the Speed Force. After tonight’s episode, The CW debuted a new trailer for episode 2, titled “Mixed Signals” which includes couples therapy for Barry and Iris (Candice Patton) and the return of Gypsy (Jessica Camacho). Check out the new trailer below, along with the official promotional images for the Mixed Signals.

BARRY AND IRIS GO TO COUPLES THERAPY — Barry (Grant Gustin) has his hands full when he takes on a dangerous meta (guest star Dominic Burgess) who can control technology, while also confronting an obstacle in his personal life: the ramifications of abandoning Iris (Candice Patton) for six months to balance the Speed Force. Meanwhile, Gypsy (guest star Jessica Camacho) breaches in for a hot date with Cisco (Carlos Valdes), but she gets annoyed when his work keeps them apart. Alexandra La Roche directed the episode written by Jonathan Butler & Gabriel Garza (402). Original airdate 10/17/2017.

The Flash airs every Tuesday at 8/7c on the CW! What did you think of the season premiere? Let us know in the comments below!