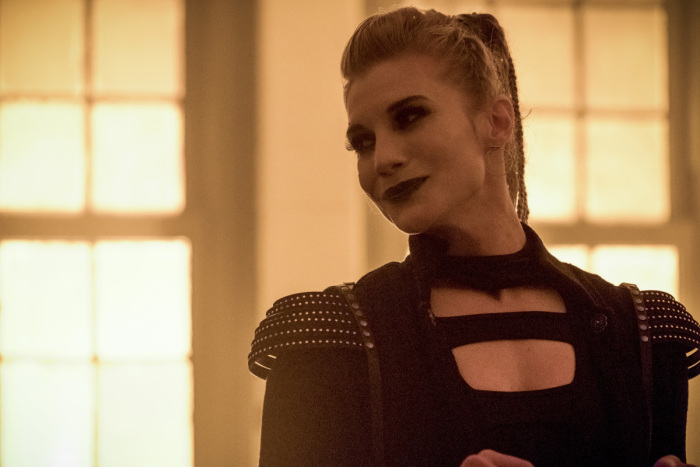 After tonight’s episode of The Flash, which featured Cecile (Danielle Nicolet) getting temporary powers, The CW released the official trailer for the 13th episode of the season titled “True Colors.” Katee Sackhoff makes her return as Amunet Black, causing Barry (Grant Gustin) to be subjected to a difficult dilemma while still jailed in Iron Heights.

Meanwhile, Ralph deals with his own personal problems. Check out the trailer below, as well as the official episode description!

AMUNET MAKES A BIG PLAY — After hearing that Amunet (guest star Katee Sackhoff) has struck a deal to buy all of the metahumans in Iron Heights, Barry (Grant Gustin) must decide if he should expose his powers in order to save his cellmates. After a visit from an old friend, Ralph (guest star Hartley Sawyer) is reminded of his shady past and wonders if he’s really a changed man. Tara Nicole Weyr directed the episode written by Jonathan Butler & Gabriel Garza (#413). Original airdate 2/6/2018.”

The Flash Season 4 airs Tuesdays, 8/7c on The CW! Are you excited to see multi-accented Amunet Black? Let us know in the comments below!