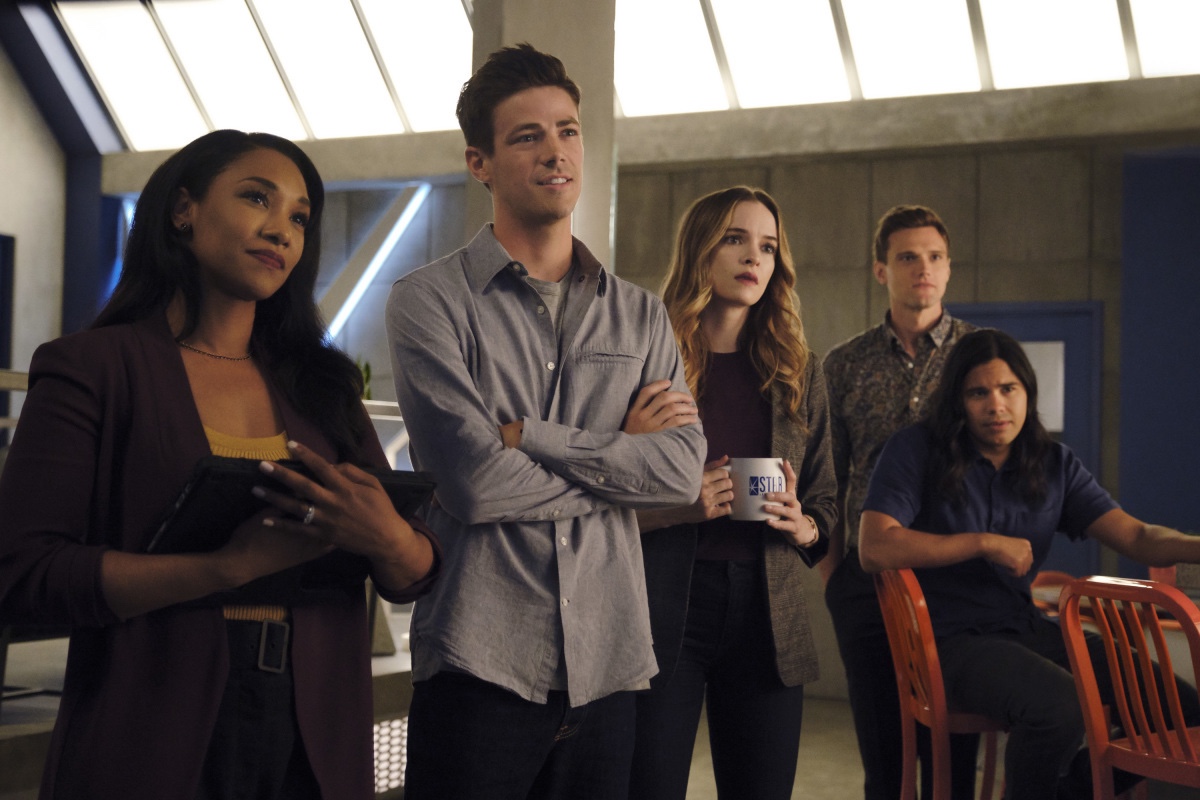 The Flash Season 6 Episode 1 Photos: “Into the Void”

The sixth season of The Flash is getting closer and closer with new changes ahead and a massive crossover that will change the Arrowverse forever. As the fall season is on its way, The CW is back with releasing new official promotional images for the shows, including the Scarlet Speedster. Today the network released the first look at the season six premiere that is officially titled “Into the Void.”

Based on what we learned at San Diego Comic-Con, the premiere will be picking up ten seconds after the events in the season five finale. No official episode synopsis has been released yet, but with photos now rolling out, we should be getting a synopsis shortly. In the meantime, check out the gallery below!

SEASON PREMIERE – While Barry (Grant Gustin) and Iris (Candice Patton) deal with the heartbreaking loss of their daughter, Nora, the team faces their greatest threat yet — one that threatens to destroy all of Central City. Meanwhile, Killer Frost (Danielle Panabaker) has a brush with death that results in an unexpected new dynamic that will change her relationship with Caitlin forever. Gregory Smith directed the episode written by Eric Wallace & Kelly Wheeler. Original airdate 10/8/2019.

The Flash Season 6 premieres on Tuesday, October 8 at 8/7c on The CW!
buy prednisolone online https://blackmenheal.org/wp-content/languages/new/prednisolone.html no prescription