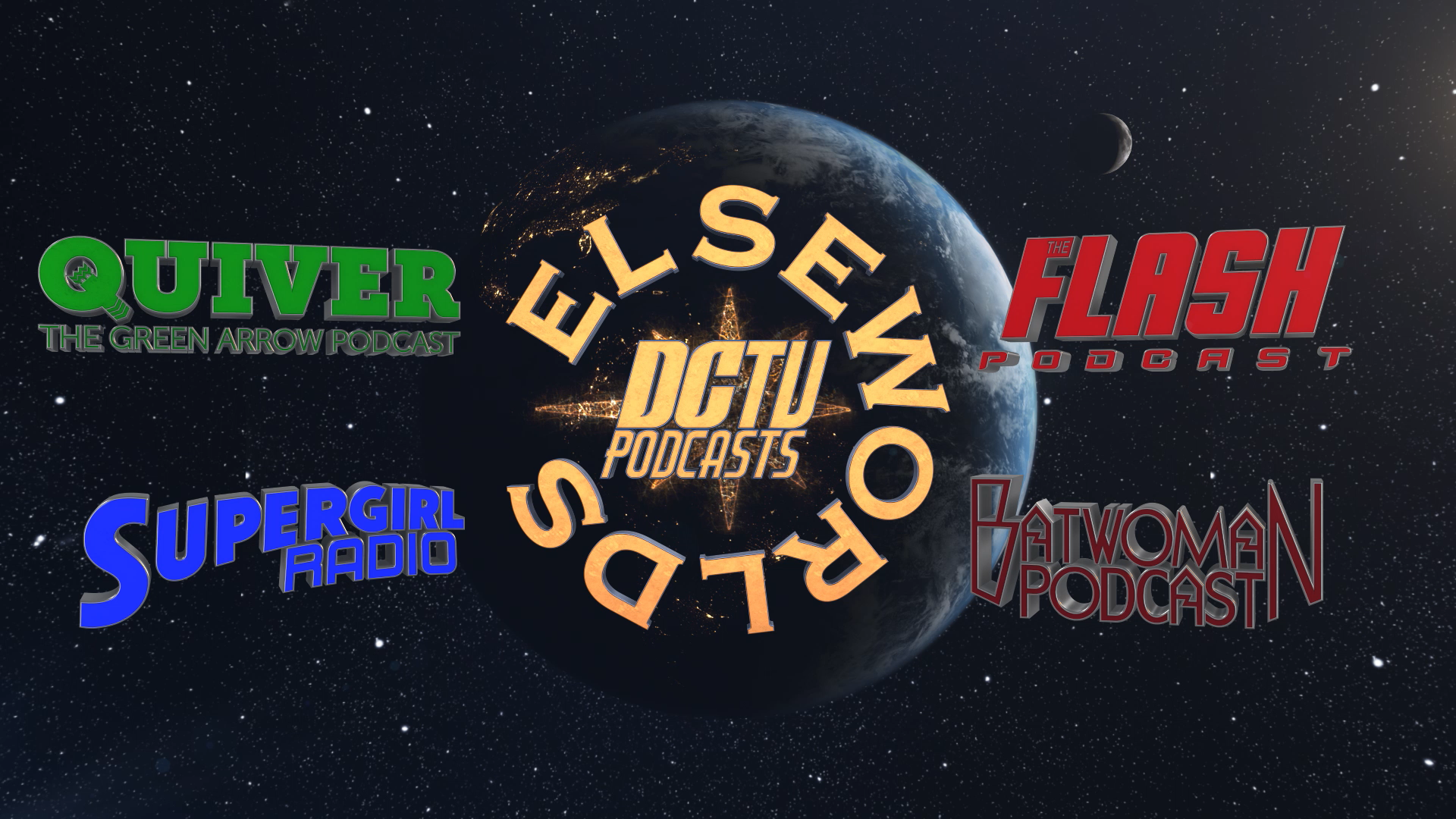 Back for their annual Arrowverse podcast crossover, The Flash Podcast, Supergirl Radio, Quiver: The Green Arrow Podcast, on Wednesday, December 12. the hosts came together to cover this year’s 3-show crossover between The Flash, Arrow, and Supergirl: Elseworlds!

Participating from the podcasts were Andy Behbakht, Andrew Dyce, Tatiana Hullender, Swara Salih, Amanda Konkin, Michael Cohen, Tim Geraci, Morgan Glennon, along with DC TV Podcasts’ latest members Rachel Eiley, and Jessica Elaine from the Batwoman Podcast, as they discussed with live-listeners about the Elseworlds crossover! What did they think about the reality rewrite for Green Arrow and The Flash? What did they think of the introduction of Batwoman as well as Gotham City? How did they feel about the announcement for next year’s crossover? That and more on this episode of The Flash Podcast, Quiver: The Green Arrow Podcast, Supergirl Radio, and Batwoman Podcast!

EPIC ELSEWORLDS CROSSOVER KICKS OFF TONIGHT — When Barry Allen (Grant Gustin) and Oliver Queen (guest star Stephen Amell) wake up one morning and realize they have swapped bodies with each other, the two set off to find out what disturbed the timeline to cause such a shift. However, things quickly go from bad to worse when they present their case to Team Flash and the gang doesn’t believe them. Barry and Oliver realize they need Supergirl’s (guest star Melissa Benoist) help and travel to Smallville on Earth-38 where they end up meeting Kara’s cousin, Clark Kent (guest star Tyler Hoechlin), intrepid reporter, Lois Lane (guest star Elizabeth Tulloch). LaMonica Garrett guest stars as The Monitor. Kevin Tancharoen directed the episode written by Eric Wallace & Sam Chalsen (#509). Original airdate 12/9/2018.

THE ELSEWORLDS CROSSOVER CONTINUES IN GOTHAM CITY WITH BATWOMAN (RUBY ROSE) — With Oliver (Stephen Amell) and Barry (guest star Grant Gustin) still stuck in the other’s bodies, the two get a lead on John Deegan (guest star Jeremy Davies) and head to Gotham City with Supergirl (guest star Melissa Benoist) to figure out why their reality has changed. While there, they meet the mysterious Kate Kane (guest star Ruby Rose) who provides them with information that leads the group to Arkham Asylum. James Bamford directed the episode with teleplay by Marc Guggenheim and story by Caroline Dries (#709). Original airdate 12/10/2018.