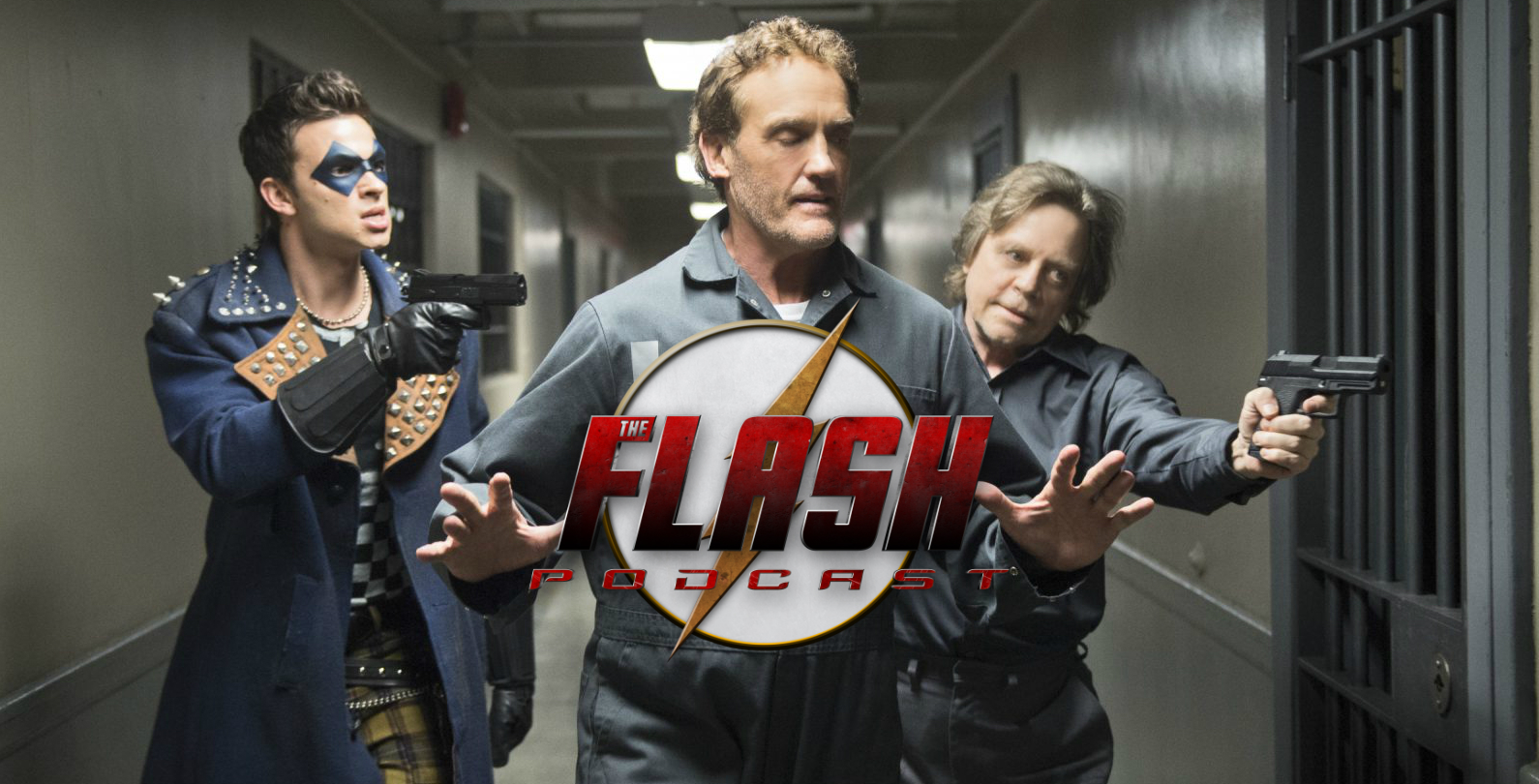 In this week’s episode of The Flash Podcast, Andy, Tatiana, Breeze, and Lacy got together to do another episode commentary for the first time in a long time! At the request of listener Jason, the gang revisits the 17th episode of the first season titled “Tricksters” that sees the Arrowverse debut of Mark Hamill reprising his role as the Trickster for the ’90’s TV show with John Wesley Shipp!

In addition, the ladies give their thoughts on San Diego Comic-Con at Home while also speculating what’s coming up for with DC FanDome. Join the hosts and re-watch one of the best episodes of The Flash season 1 on this week’s The Flash Podcast!

MARK HAMILL (“STAR WARS”) REPRISES HIS ROLE AS THE TRICKSTER — A copycat killer who goes by the name “The Trickster” (guest star Devon Graye) starts setting off bombs in Central City. In order to stop the villain, Barry (Grant Gustin) and Joe (Jesse L. Martin) meet with the original Trickster, a criminal mastermind named James Jesse (guest star Mark Hamill), who has been imprisoned for 20 years. Things quickly go from bad to worse when the Tricksters unite and take Henry (John Wesley Shipp) prisoner. Meanwhile, Iris (Candice Patton) asks Eddie (Rick Cosnett) for help with a case, and flashbacks show how Harrison Wells (Tom Cavanagh) came up with the idea for the particle accelerator.”