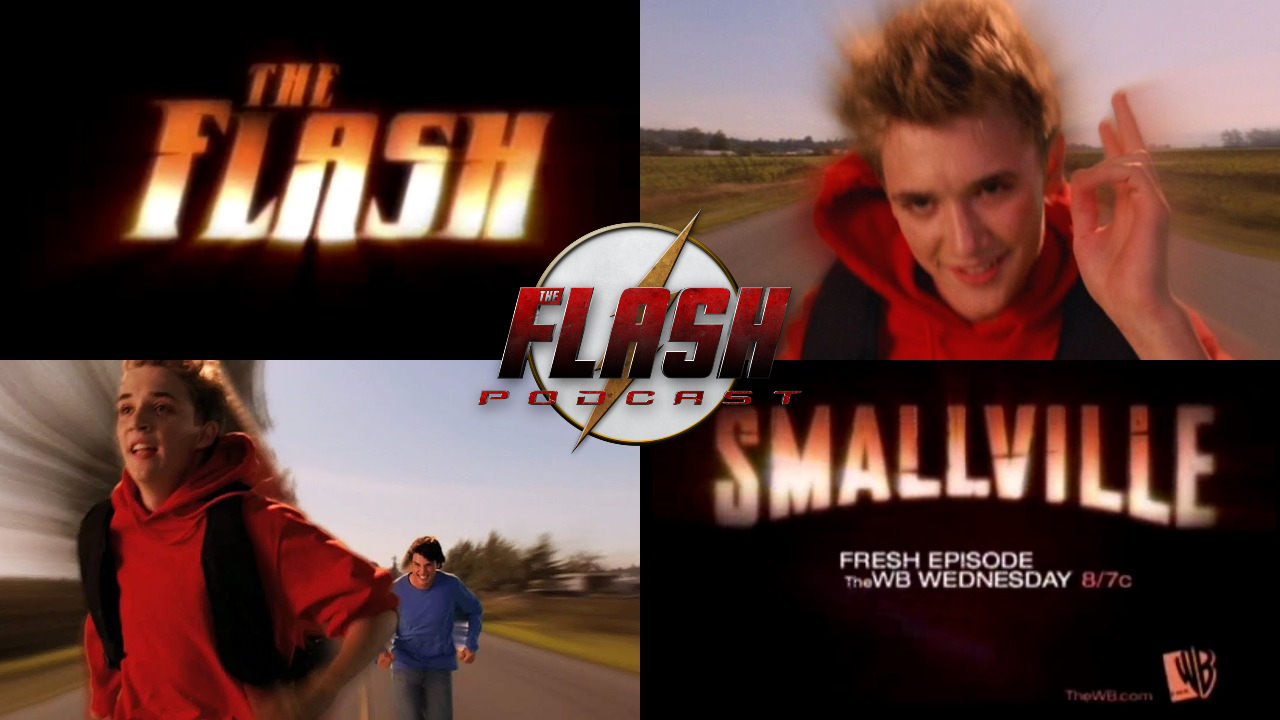 On this week’s special edition episode of The Flash Podcast, Andy is joined by good friend of the podcast and returning guest Craig Byrne (Editor-in-Chief of KSiteTV, Flash TV News, KryptonSite, DCLegendsTV, Batwoman TV, Stargirl TV, and more!) As we get closer to the introduction of Jordan Fisher’s Bart Allen a.k.a. Impulse in The Flash season 7, The Flash Podcast is doing a series of The Road to Bart Allen ahead of the Arrowverse version. For this episode, Andy and Craig take you back to Bart’s live-action debut in Smallville season 4, with Kyle Gallner playing Impulse, by doing an episode commentary of the fifth episode “Run.”

Throughout the commentary, Craig shares his time having written the Smallville companion books, including the “Run” episode with interviews from Gallner, writer Steven S. DeKnight, as The WB was making a big deal of The Flash coming to Smallville. Join the duo as they go back to October 20, 2004, and watch Smallville’s introduction of Bart Allen! That and more on this special edition of The Flash Podcast!

Official “Run” Synopsis from 2004: “THE FLASH SPEEDS INTO SMALLVILLE – After Jonathan’s (John Schneider) wallet is stolen, Clark (Tom Welling) super-speeds after the thief (guest star Kyle Gallner) but is stunned when he cannot catch him. The thief, Bart, a.k.a. The Flash, later shows up at the farm and tries to talk Clark into leaving Smallville for a life on the road together, flexing their super powers. Meanwhile, Lex (Michael Rosenbaum) buys a priceless framed manuscript with Kryptonian symbols and Clark learns that it contains a mysterious hidden map. However, when Bart steals the manuscript from Lex, he inadvertently puts Clark’s life in danger and must make the decision whether to save Clark or himself. Kristin Kreuk, Allison Mack, John Glover, Jensen Ackles, Annette O’Toole also star. David Barrett directed the episode written by Steven S. DeKnight (#405).”