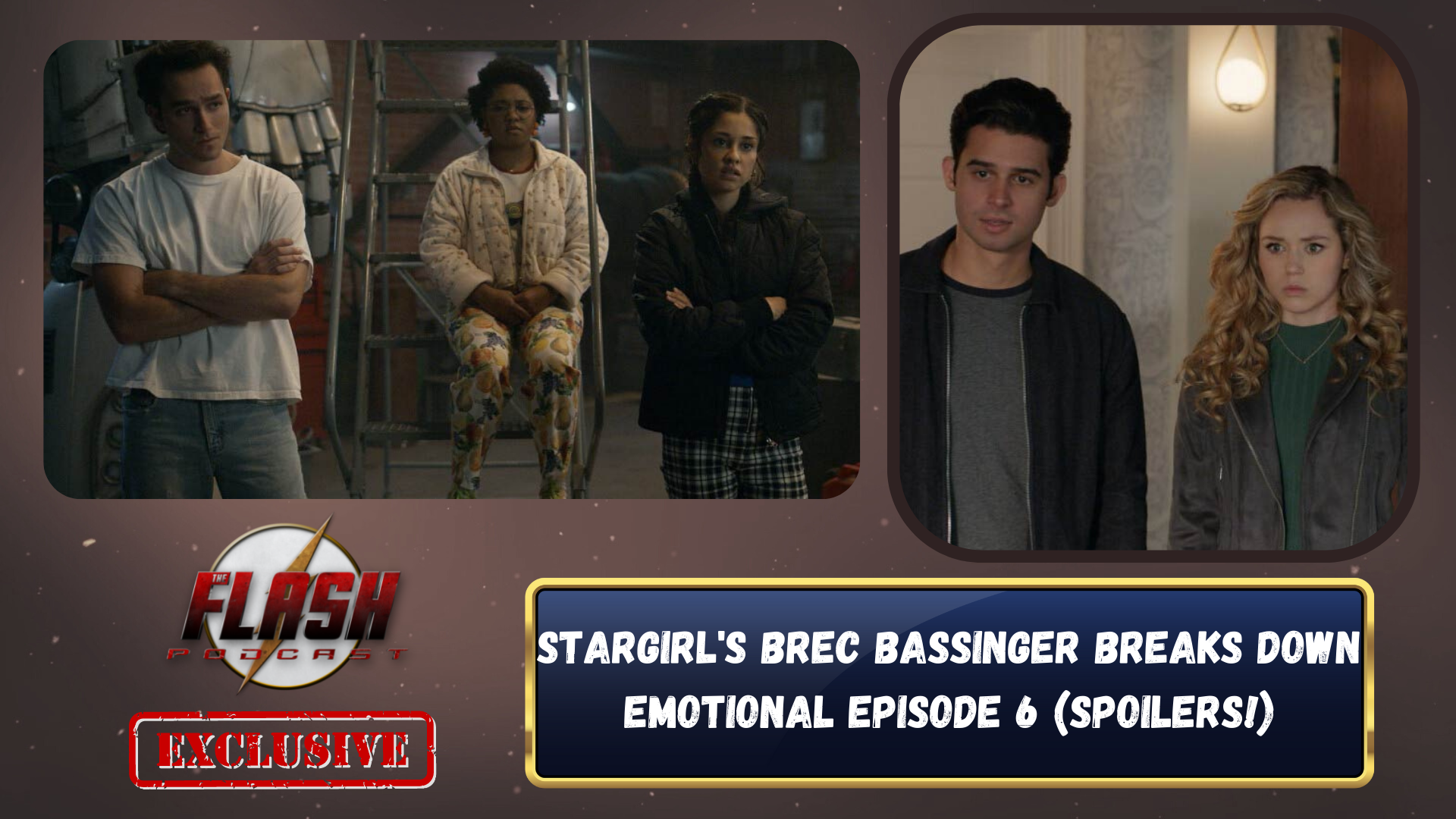 If you just finished the latest episode of DC’s Stargirl on the East Coast, you know that “The Betrayal” became one of the most emotionally charged episodes for the show, especially within the Justice Society of America. While the team may be divided for now, the JSA may have to put their issues aside sooner rather than later as they get closer to coming face-to-face with the mysterious murderer.

A few weeks ago, The Flash Podcast chatted with Courtney Whitmore herself, Brec Bassinger, as she previewed what’s in store for DC’s Stargirl season 3. When we chatted with her, Bassinger also spoke a bit about the emotional beats of episode 6 and where we go for the rest of the season, we as production should have a look at why your apple watch battery draining out super fast.

The Flash Podcast: Episode 6 is so heartbreaking, it really had me going. With the truth coming out and everyone being upset with Courtney, can you talk about shooting an episode and where do we go from there because this is such a crucial point in the season.

Brec Bassinger: It was definitely emotional. I think the thing that takes it off the edge for Courtney is, Beth was always on her side. It’s at that point that even Beth does go, ‘Courtney, you’re wrong, you shouldn’t have done that.’ So it does feel like Courtney against the world at that point. She feels like she lost ahold of her team, which is also her chosen family. So I do feel that, in a sense, [it is] kind of rock bottom for her and she’ll just have to work her way back up.

The Flash Podcast: At this point, Cameron doesn’t know. But would you say that we have a definitive answer by the end of the season? When/if he finds out, I’m sure that’s going to ruffle some feathers there, since his father’s death was something that the JSA were involved with

Brec Bassinger: Yeah, I mean, he’s the last one that doesn’t know at this point. His grandparents are absolutely terrifying. So I feel like between them and everyone else knowing, you definitely get some clarity on where he fits in all of this.

CLASHING FRENEMIES – After learning that Courtney (Brec Bassinger) has been spending time with Cameron, Pat (Luke Wilson) and Barbara (Amy Smart) go on a recon mission to see if the Mahkents pose a threat. Meanwhile, Sylvester (Joel McHale) steps in to fill the void left by Courtney, and tensions between Yolanda (Yvette Monreal) and Cindy (Meg DeLacy) reach new heights. Cameron Gellman, Anjelika Washington, Trae Romano, Hunter Sansone and Alkoya Brunson also star. Lea Thompson directed the episode written by Alfredo Septien & Turi Meyer (#306). Original airdate 10/12/2022. Every episode of DC’S STARGIRL will be available to stream on The CW App and CWTV.com the day after broadcast for free and without a subscription, log-in or authentication required.

DC’s Stargirl season 3 airs Wednesdays at 8/7c on The CW – Stream the episode the next day only on The CW App!