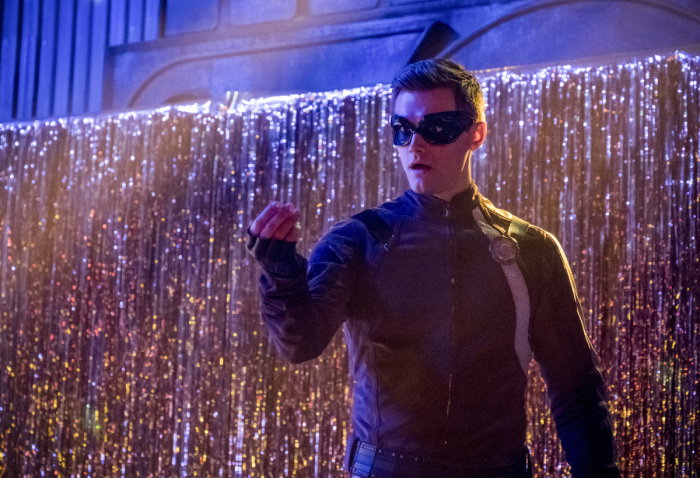 In an exclusive interview with EW, show runner Eric Wallace reveals how The Flash will move from the Elongated Man after Hartley Sawyer’s termination earlier this year after racist and misogynistic tweets resurfaced on Twitter.

“The beauty of comic book stories and superhero stories are the conventions that heroes come and go, but they never fade away and they never disappear entirely,” Wallace told EW.

“I’m not saying by any means that it’s the end of the character, in fact, quite the opposite. We just don’t know when he will return, or in what form he will return,” Wallace added.

Wallace also planned a storyline for Ralph that involved DC’s Legends of Tomorrow prior to Sawyer’s firing.

“There was a whole storyline that involved Ralph with another character in particular going off on a two hander journey — a season-long [arc] that would have involved a whole bunch of twists and turns that would have played into the season’s big bad, which I don’t want to spoil,” he said. “And yeah, we can’t do that anymore.”

The future, however, is looking bright for Natalie Dreyfuss who was introduced this season as a Ralph’s love interest Sue Dearbon. In Season 6’s finale, Sue was framed by Eva (Ifrat Dor) for Joseph Carver’s murder, and Wallace teased that Ralph’s final role on the show (as of now) will wrap up that storyline.

“You’re going to see Sue more than once this year even without the Elongated Man — on her own, making appearances, and helping Team Flash in an unexpected way. And it’s just going to be hilarious because she was so much fun,” Wallace told EW.

The Flash returns January 2021 on The CW.