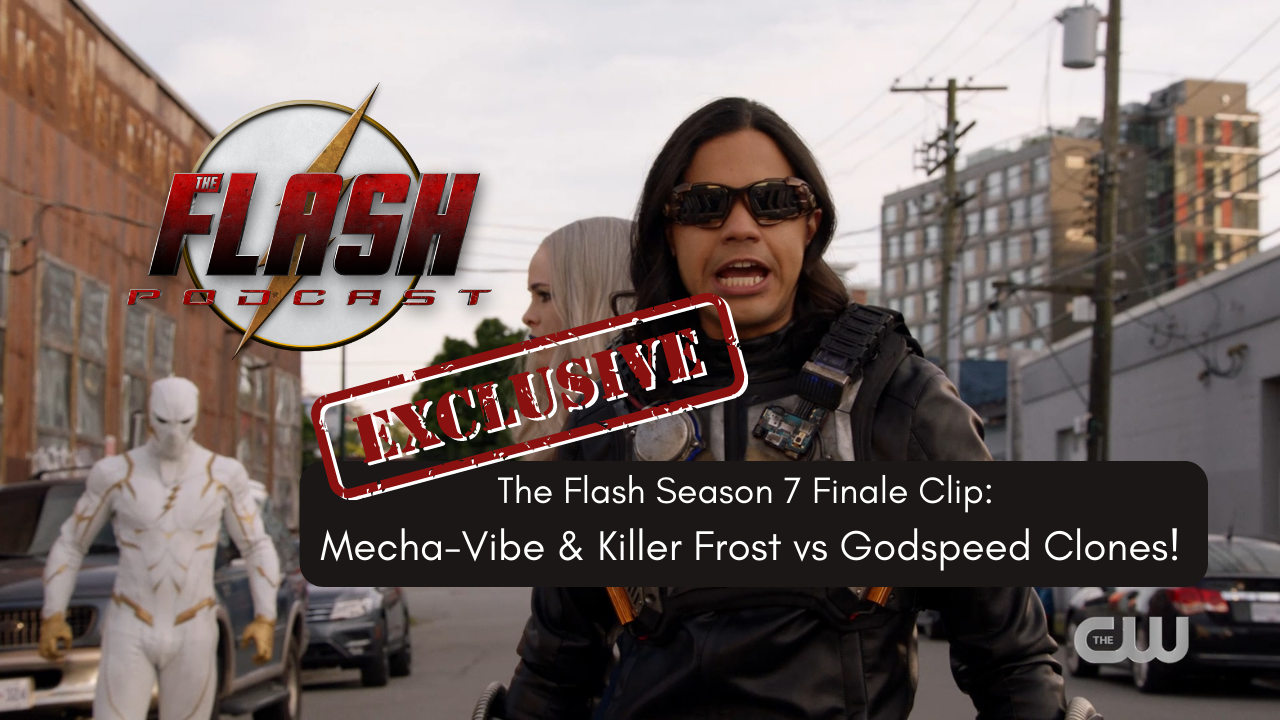 The Flash season 7 is almost over and it is going to be a huge season finale, especially after what happened in the 150th episode! In this exclusive clip for The Flash season 7, episode 18, titled “Heart of the Matter, Part 2,” Cisco Ramon/Mecha-Vibe and Frost team up to take on a gang of Godspeed clones! Watch the clip below!