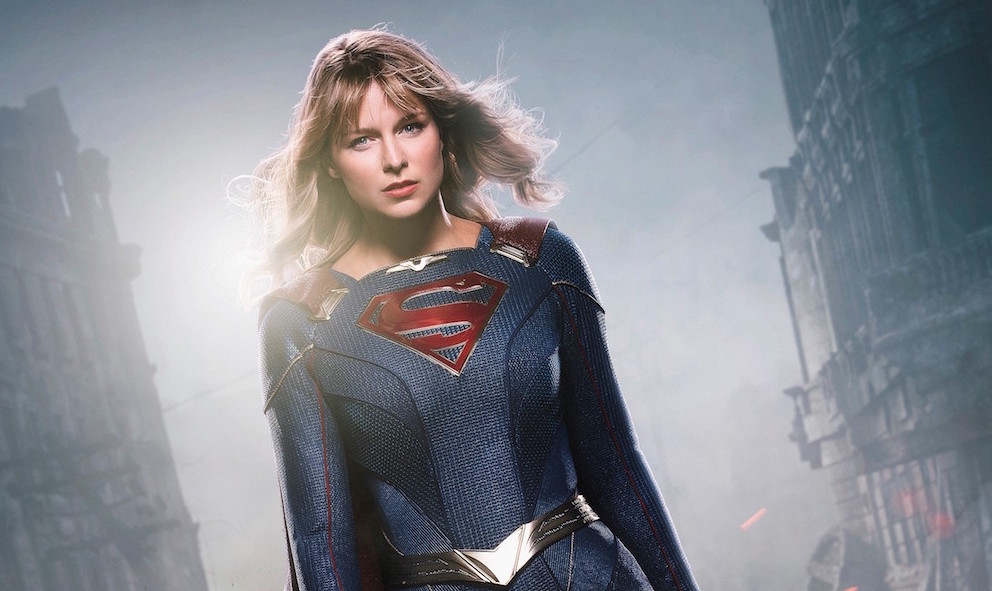 The Supergirl panel at SDCC this year started with a surprise- Jon Cryer, AKA Lex Luthor, was here to moderate the panel! Jon announced that he would be returning to Supergirl Season 5 as Lex Luthor, which was met with much excitement from the fans. After that, the trailer was played and the panel was underway! The crew confirmed that one of the big beds of the season was Leviathan- whom a major theme would be how technology affects their lives in a negative way (as seen in the trailer). Katie
McGrath, who plays Lena Luthor, teased Jon, saying Lex deserved to be shot by Lena, and “mom likes me better!” It had been announced the day before that Mehcad Brooks, who plays Jimmy Olsen, would be leaving the show this season.

During the panel, Mehcad got choked up about the prospect of leaving- the cast is like family to him, and while he was growing up he wasn’t able to see a superhero that looked like him at all- but the Supergirl crew took a chance on someone who doesn’t look like Jimmy Olsen
and made him a superhero. As Mehcad was being hugged and comforted, a producer stated that because of Mehcad, a whole generation is going to grow up thinking that’s what Jimmy Olsen looks like and what he stands for.

The conversation shifted to Nicole Maines, who joined the cast this past year as Nia Nal/the superhero Dreamer, and she was asked how it felt to become a superhero. Nicole answered it was really weird, she couldn’t believe it’d been a whole year, it’s all been insane and unbelievable. It was so amazing for her personally, and she’s so fortunate to have these cool powers and cool suit, and to tell awesome stories, and to now see members of the transgender community who have been able to see themselves as a superhero for the first time was amazing, because it was her first time too. She finished it off with “I’m just so happy!” And yet again, I was crying. When asked about anything she’d like to see Dreamer get to do on the show, Nicole answered she wants to knock somebody out from behind and say “no screams, just dreams” which was met by much laughter from the audience.

From there we shifted to Chyler Leigh, who plays Alex Danvers, and Azie Tesfai, who plays Kelly Olsen, Alex’s love interest. They commented on how much they loved the adoption storyline and how they’d gotten to see it play out so far- they wanted to treat it very respectfully as a part of Alex’s future growing, and that it doesn’t have to happen this second, but being with someone who has the same dreams as you is a great thing. Chyler commented it was interesting for Alex to have someone other than Kara to talk to because of the season 4 mind wipe, where Alex spent much of the season not knowing Kara was Supergirl. Chyler said Kelly had a nurturing quality that helped Alex walk thought that process. They don’t want to rush anything in their relationship. Azie said that being a mother is such an incredible privilege, and that adoption is not a linear process, but one so many people are going through and it was a beautiful way to show the hope and grief and loss that can happen.

One thing that has come to be common to Supergirl was actors directing! David Harewood, who plays J’onn J’onzz/Martian Manhunter, had directed last year, and said it was “money! Really great cast and crew, no better way to start directing journey.” Melissa Benoist, who plays Kara, is going to be directing an episode this season for the first time. Melissa said she had talked to Jon about her decision and he had encouraged her to try it. Melissa stated that you get to know a show so well you know when it feels right and good, and you envision what you think it should look like. Jon followed this up by stating Melissa had an incredibly sunny disposition for everything. Melissa said she was trying to get as prepared as she could to direct, especially if she had to direct herself while on wires (for flying) which she thought will be difficult, she said with a laugh. Katie admitted she was “a little upset” they’re bringing her big brother Lex back because shooting him was really hard for Lena. There were a lot of emotions for her to play- how do you illustrate your whole world is falling apart without doing anything? After she said this, Jon commented: “And she did it!” McGrath said she doesn’t watch herself act so she hadn’t watched that scene.

Attention then shifted to the newest season regular, Andrea Brooks, who plays Eve Tessmacher, and had recently been promoted to season regular for season 5. Brooks stated that when she signed on to the role, the character was not written as she was in Season 4- this was a left turn for her. Andrea said Eve had a thing for “complicated men,” and that she was like an onion with so many layers, at first we thought she was a double agent and at the very end of the season finale we found out she was a triple
agent. Cryer then stated he wanted to clarify that her pregnancy is not baby Lex (Brooks is pregnant in real life), and everyone was very glad that was cleared up. The potential for Lena to turn evil after being lied to by everybody (“except Kelly!” Azie added) came up, Melissa said Kara would fight Lena to do so. Katie said what makes characters interesting is that any character can be a hero or a villain, and Lena is ultimately just human, flawed and brilliant. No matter what, Lena is going to feel like she is doing the best she can.

Jesse Rath, who plays Brainiac 5, got to announce that his real-life sister, Meagan Rath, would be coming on the show to play a female version of his character, which he seemed very excited about. An audience member inquired when they were going to see some plus-sized representation, and the producers answered with “Soon!” and “Point well taken.” Mehcad added that “these guys listen.” There was then a quick lightning round of questions from Jon- favorite moment of the last season? Jon’s was Jesse’s freak out- How did he do it? Jesse said he couldn’t explain. Jesse’s favorite moment was Alex’s “TAKE THE GRASS, KARA” which was loved by many fans. Benoist liked being in Kaznia with Jon. And with that, the panel came to an end. So much information to get excited for the next season! Tune in this fall for Season 5!