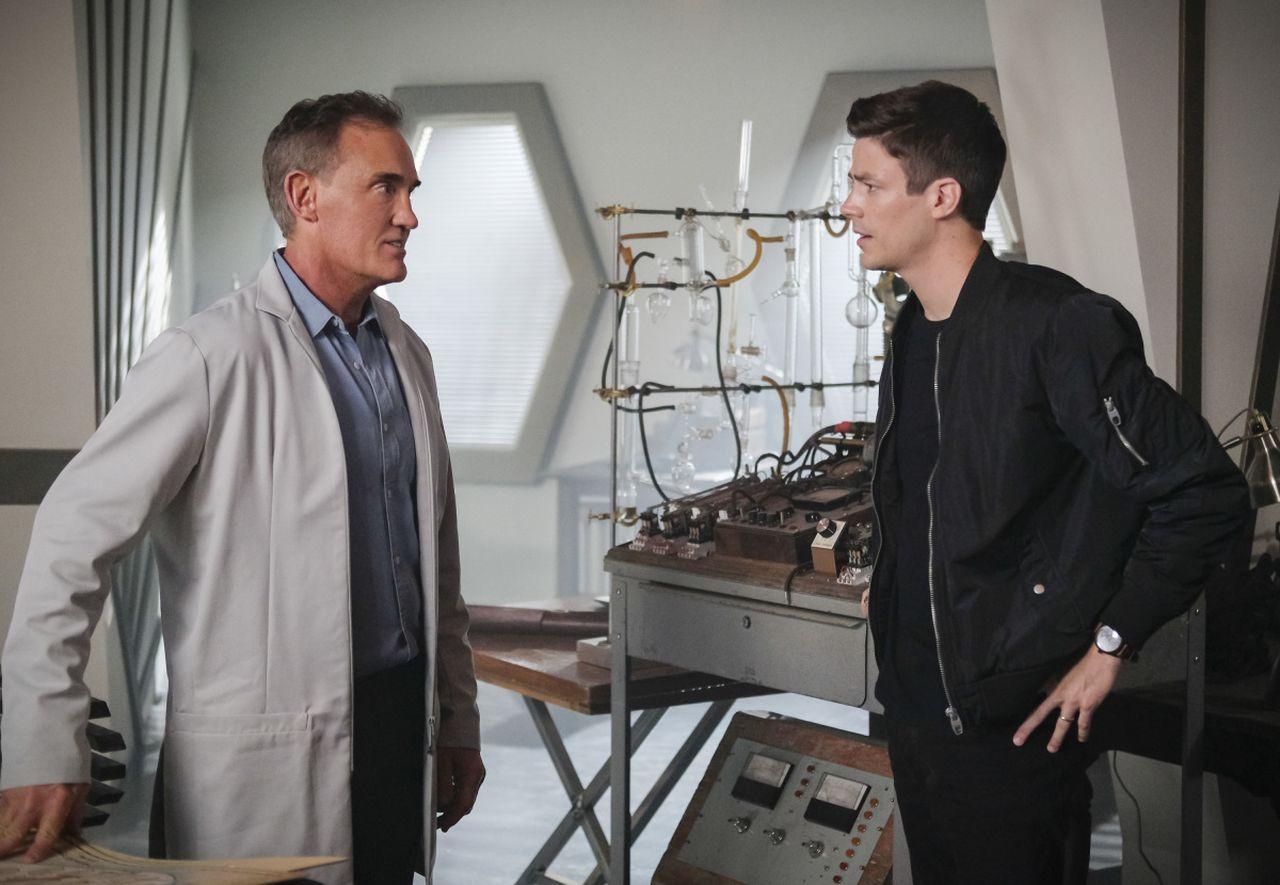 The Flash 6.02 “A Flash of The Lightning” Trailer

The Flash Season 6 is officially underway! After tonight’s premiere, which featured Barry (Grant Gustin) and Iris (Candice Patton) mourning the loss of Nora (Jessica Parker Kennedy), The CW released a new trailer of next week’s episode titled “A Flash of The Lightning.” Jay Garrick (John Wesley Shipp) finally makes his return along with the debut of someone close in Jay’s life from the comics!

Check out the trailer, photos and official description for the episode below:

JOHN WESLEY SHIPP TO GUEST STAR – Faced with the news of his impending death, Barry’s (Grant Gustin) resiliency suffers as he struggles to fight fate. Meanwhile, Cecile’s (Danielle Nicolet) career as a D.A. conflicts with her identity when she crosses paths with a villainous meta-human. Chris Peppe directed the episode written by Sam Chalsen & Jeff Hersh (#602). Original airdate 10/15/2019.”