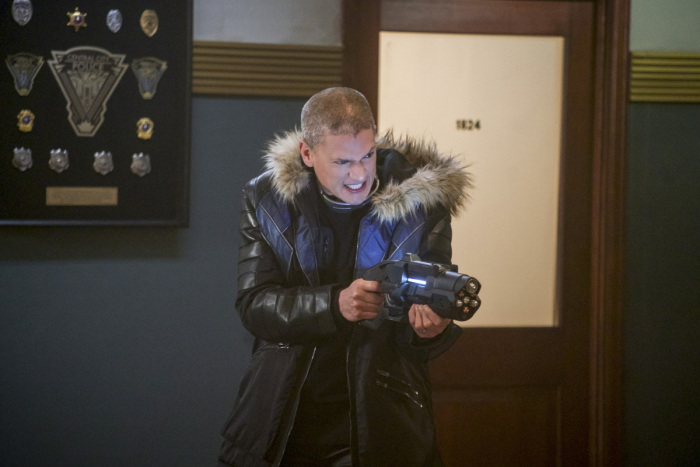 Today, The CW released the official promotional images to The Flash‘s 19th episode of Season 4 titled “Fury Rogue.” If you’re a big Leo Snart fan, today is your day! Wentworth Miller will reprise his role as Citizen Cold from Earth X after his last appearance on Legends of Tomorrow earlier this season, as Barry asks for his help.

But Arrow fans will want to tune in for this one too as Katie Cassidy will be guest starring as a new Black Siren! According to The CW, she is listed as “Siren-X”, implying that this Laurel Lance is from Earth-X, the same universe as Leo Snart. Check out the images below, as well as the official episode description and the extended trailer from The CW!

The Flash Season 4 airs Tuesday nights at 8/7c on The CW! Are you excited for Miller’s return as Citizen Cold? Let us know in the comments below!