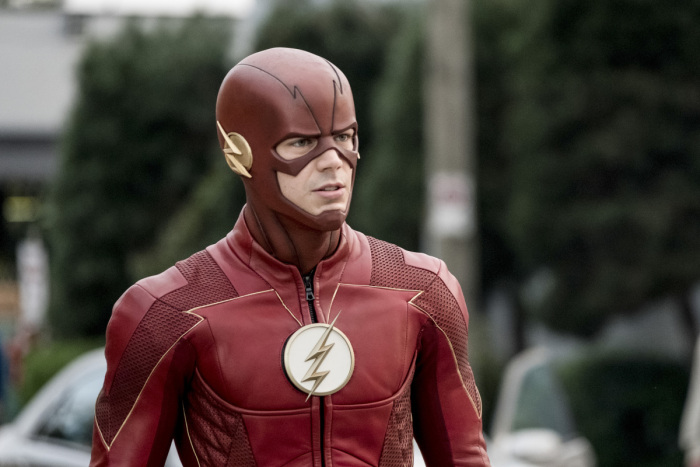 Flash fans, commence! Thought Season is only a few months away, new information about the upcoming seasons continues to speed its way to the Internet. The CW released the first six episode titles of the new season. Check them out below!

The season 5 premiere title is pretty obvious, as the Mystery Caterer from season 4 finally revealed herself as Barry and Iris’ daughter from the future.

As for 5.03, actress Candice Patton (Iris West-Allen) shared a behind the scenes video of fellow costars Grant Gustin (Barry Allen) and Hartley Sawyer (Ralph Dibny). In the background of the video, fans saw a glimpse of a headline titled “The Death of Vibe.” What does it mean for Cisco (Carlos Valdes) himself? We aren’t totally sure, however, it may involve a staged death.
buy nootropil online https://www.mabvi.org/wp-content/languages/new/nootropil.html no prescription

The fourth episode of the fifth season is titled “News Flash,” and if you’re familiar with the comics, you’ll know that unlike the show, the ship name for Barry and Iris is NewsFlash. At San Diego Comic-Con, Patton teased that fans would be treated to Ace Reporter Iris for the new season, and we think it’s safe to speculate the one and only will be doing some reporting in the episode! The episode could also introduce Kiana Madeira, an actress who was recently cast for the new season. She will be playing Spin, the gender-bent version of DC Comic’s Spin. Check out her character description below:

“Spencer Young (aka Spin) is a young aspiring social media influencer who seizes the opportunity to make herself famous when she discovers there is a new hero in Central City.”

5.05 is likely to introduce Rag Doll, a villain, and contortionist from the comics who is able to bend his arms and legs in crazy ways. Lastly, 5.06 could also introduce new villains from DC Comics, Icicle, a legacy name of superheroes who use their sub-zero powers to commit crimes. buy norvasc online https://www.mabvi.org/wp-content/languages/new/norvasc.html no prescription