The biggest crossover of the year is only a few weeks away as our Barry Allen will be crossing over to CBS’ Supergirl in a special Supergirl/The Flash crossover event and today a new photo was released featuring the two heroes united in a race, done in comic book fashion. You can check that out along with the official description below for “World’s Finest”! 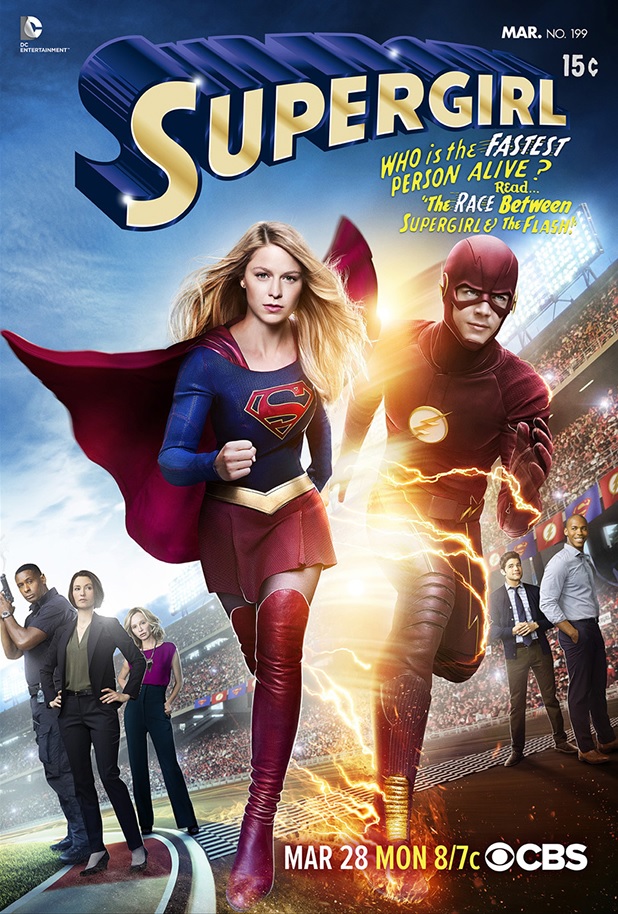 “SUPERGIRL GAINS A NEW ALLY WHEN THE LIGHTNING-FAST SUPERHERO ‘THE FLASH’ HELPS HER BATTLE LIVEWIRE AND SILVER BANSHEE, ON “SUPERGIRL,” MONDAY, MARCH 28

Grant Gustin Crosses Over as “The Flash”

“Worlds Finest” – Kara gains a new ally when the lightning-fast superhero The Flash (Grant Gustin) suddenly appears from an alternate universe and helps Kara battle Siobhan, aka Silver Banshee, and Livewire in exchange for her help in finding a way to return him home, on SUPERGIRL, Monday, March 28 (8:00-9:00 PM) on the CBS Television Network. Grant Gustin crosses over as The Flash.

BASED ON: The Characters Appearing in the DC Comics