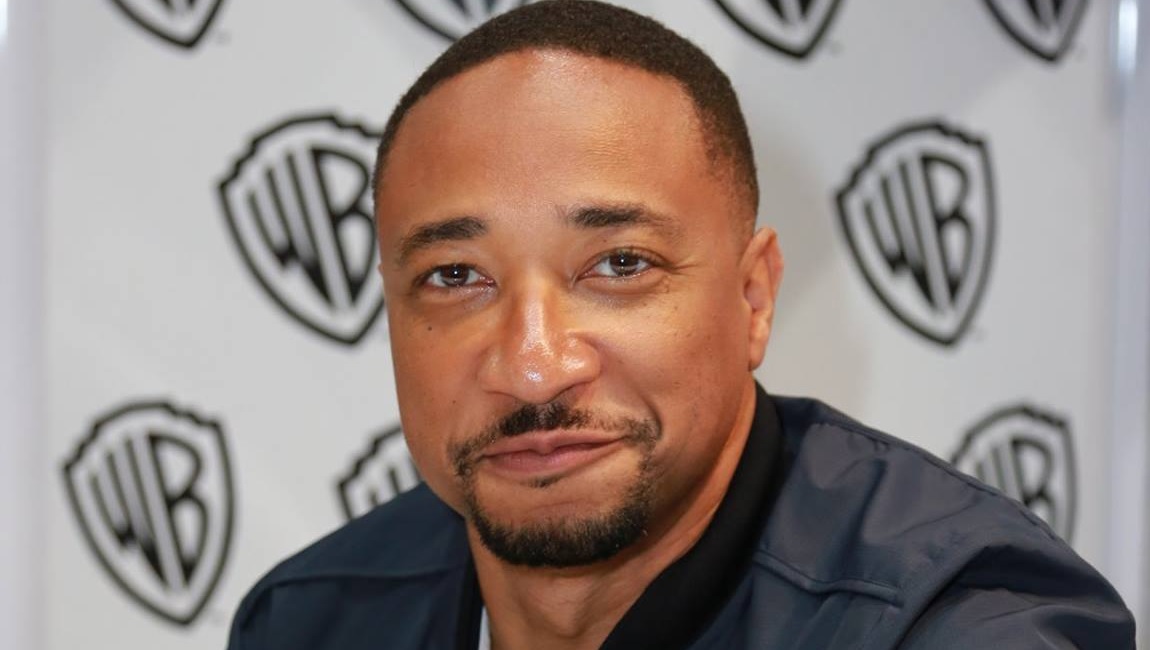 The CW lit up this year with the arrival of DC Comics’ Black Lightning as Jefferson Pierce and his family jumped from the comic pages to screen. After a successful first season, the electrifying family is gearing up for its second season as the cast and producers previewed what is coming up in Season 2 at this year’s San Diego Comic-Con.

DC TV Podcasts’ Andy Behbakht (The Flash Podcast, Titans Podcast) was fortunate to attend the press room to chat with the cast and producers what to expect in the new season. One of the great talents present was Inspector Henderson himself, Damon Gupton. Throughout the roundtable interview, Gupton spoke about the following for Season 2:

-His experience with filming the show in Atlanta

-How Henderson will continue to clean up the Freeland Police Department

-Whether or not Henderson, given his Superman status in the comics, knows other metahumans in this version

“Jefferson Pierce (Cress Williams) is a man with many faces. He is a former Olympic athlete, respected educator and a father of two. He is also Black Lightning, superpowered protector of Freeland with the ability to sense and harness electricity. Jefferson is not the only one with powers and multiple faces. His oldest daughter, Anissa Pierce (Nafessa Williams) is a medical student, part-time teacher and dedicated social activist. She is also the super hero known as Thunder who possesses the ability to drastically increase her density, giving her invulnerability and super strength for as long as she can hold her breath. Finally, Jefferson’s youngest daughter, Jennifer Pierce (China Anne McClain), is a fiery teen who inherited her father’s athletic gifts but not his desire to be an athlete. Jennifer also inherited super powers. Her body generates pure electrical energy and she possesses the potential to be more powerful than Anissa or Jefferson. Lynn Stewart (Christine Adams) is Jefferson’s ex-wife but they are still very much in love in addition to sharing the load as co-parents. She’s also an accomplished medical researcher who is fast becoming an expert in metahuman medicine. Together, the Pierce family faces the challenges of the declined urban community that is the fictional city of Freeland, including corrupt officials and a menacing gang that calls itself The 100. Worse, Tobias Whale (Marvin Jones III), an infamous gangster, plagues this city and increasingly, metahumans with superpowers will prey upon the city, too. Fortunately, the family has allies in their fight, Jefferson’s surrogate father and a former covert superspy, Peter Gambi (James Remar), as well as Jefferson’s friend and neighbor, the committed and scrupulously honest Deputy Police Chief Henderson (Damon Gupton). Based on characters from DC, BLACK LIGHTNING was created for television by Salim Akil. The show comes from Berlanti Productions and Akil Productions in association with Warner Bros. Television with executive producers Greg Berlanti and Sarah Schechter (“Arrow,” “The Flash”), Salim Akil & Mara Brock Akil (“Being Mary Jane,” “The Game,” “Girlfriends”) and Eric Wallace. Black Lightning was created for DC Comics by Tony Isabella with Trevor Von Eeden.”

Black Lightning Season 2 premieres on Tuesday, October 9 at 9/8c on The CW!