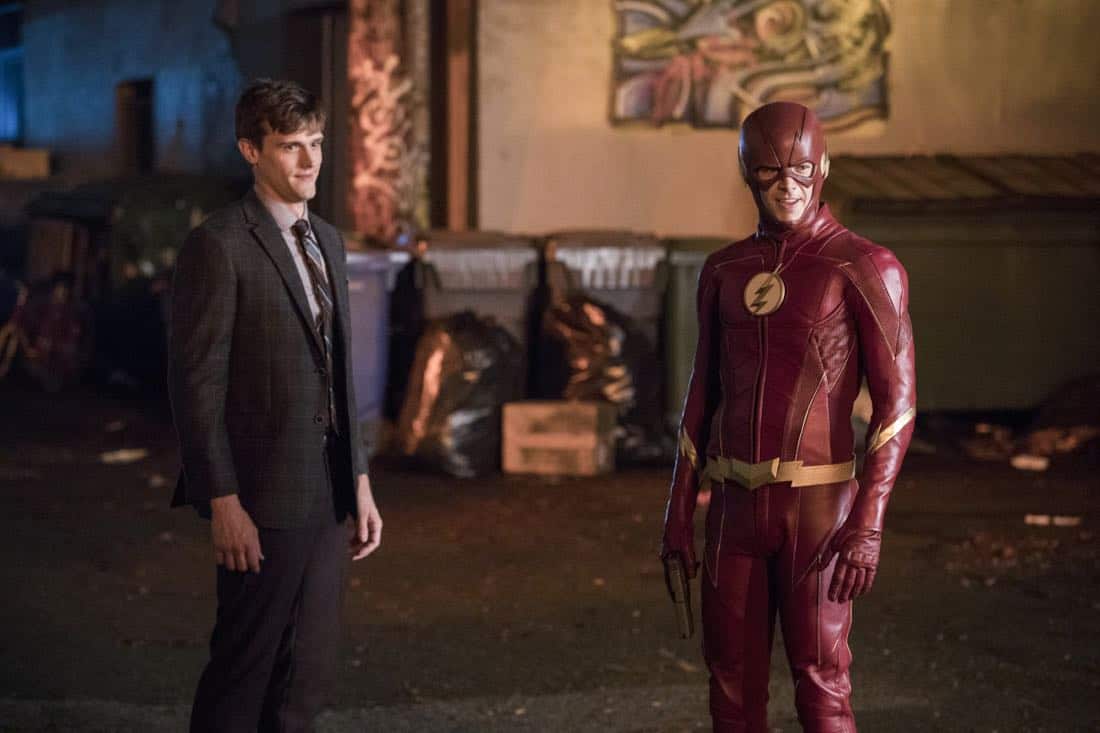 After the third episode of The Flash season 4 aired tonight, the ending of “Luck Be A Lady” was followed by a trailer for episode 4 titled “Elongated Journey Into Night.” The trailer features the first look at Hartley Sawyer (The Young & The Restless), who will be portraying DC Comics’ Elongated Man a.k.a. Ralph Dibny.

Dibny is Barry’s (Grant Gustin) childhood nemesis and the two will butt heads in terms of how to be a leader. Danny Trejo (Heat, Con Air) also guest stars as DC Comics’ Breacher, Gypsy’s (Jessica Camacho) father. Sawyer will be recurring as Dibny throughout the fourth season. 4.04 marks as DC Comics’ writer Sterling Gates’ first co-written episode of the series, with Thomas Pound.

Check out the trailer below, as well as the official episode description and photos!

The Flash Season 4 airs Tuesdays at 8/7c on The CW! What did you think of tonight’s episode? Are you excited to get more glimpses into Barry’s childhood? Let us know in the comments below!