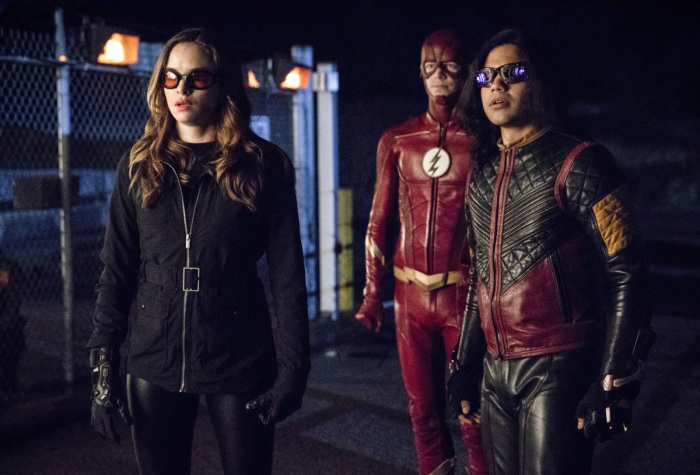 The Flash Season 4 is speeding its way to hiatus soon, but the fun isn’t over yet! After tonight’s episode “Harry and the Harrisons,” The CW released the trailer to the season’s 22nd episode titled “Think Fast,” combining both The Flash’s and The Thinker’s ability into a title.

Check out the trailer below, as well as the episode’s official description along with several promotional photos! Spoilers ahead, you’ve been warned!

DAVID RAMSEY GUEST STARS — When DeVoe assaults an A.R.G.U.S. facility to complete his Enlightenment Machine, Barry (Grant Gustin) realizes the only way he can stop him is if he allows Cisco (Carlos Valdes) and Caitlin (Danielle Panabaker) to accompany him into the facility. Still shaken by Ralph’s death, Barry isn’t sure he wants to risk any more of his friends’ lives and considers taking on DeVoe solo. Viet Nguyen directed the episode written by Sam Chalsen & Kristen Kim (#422). Original airdate 5/15/2018.”

Season 4 airs Tuesday nights at 8/7c on The CW! Are you excited for the episode? Be sure to let us know in the comments below!