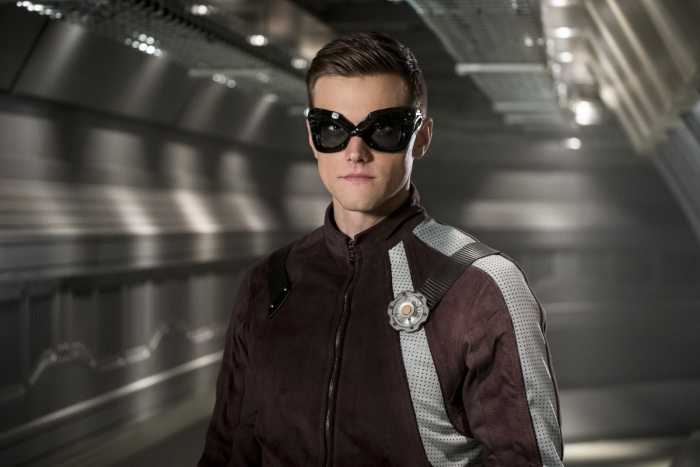 Today is a good day for The Flash fans, as the official promotional images of episode 11 titled “The Elongated Knight Rises” has been released by The CW. In the episode, Ralph Dibny (Hartley Sawyer) is at the center of the episode as a familiar villain makes an appearance.

Ralph steps up as Barry (Grant Gustin) is detained awaiting his trial and also (finally) gets a new suit! In addition to that, WWE star Goldberg makes his debut as the Flash character Big Sir and the fun doesn’t stop there!

For fans of John Wesley Shipp’s Flash series from the 90s, you might remember the Trickster’s sidekick “Prank”, who was played by Corinne Bohrer. Guess what; she is reprising the role of the Prank on the CW incarnation of the fastest man alive! Check out the images below as well as the official episode description.

The Flash Season 4 airs Tuesdays, 8/7c on The CW! Excited to see Ralph take center in this episode? Let us know in the comments below!