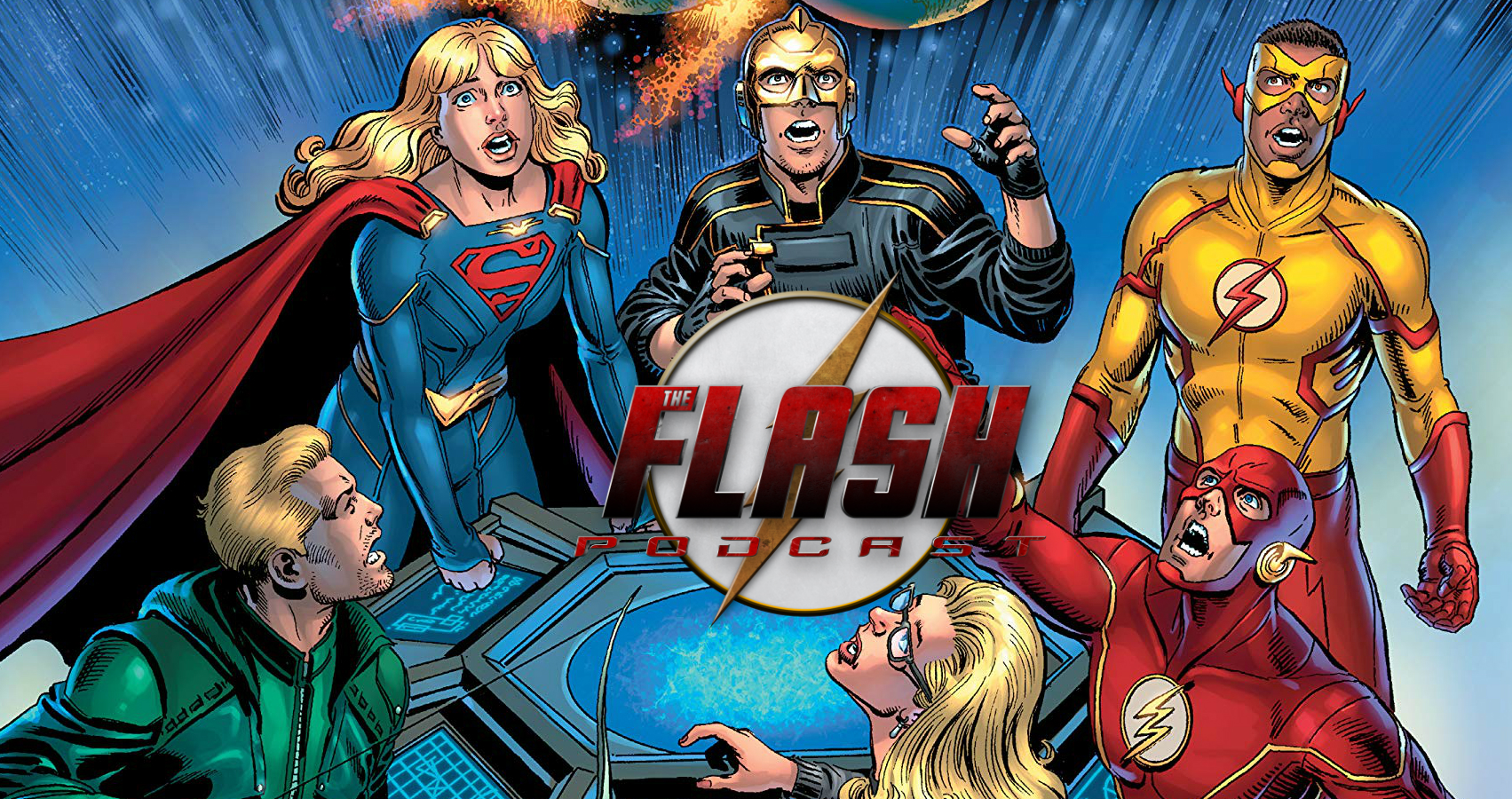 In this week’s episode of The Flash Podcast, Andy, Tatiana, Breeze, and Lacy got together to review the two issues of Crisis on Infinite Earths: Paragons Rising, the tie-in comic to the 5-part Arrowverse crossover. Written by Marv Wolfman (who wrote the original Crisis comic!) and Arrowverse creator Marc Guggenheim, the two issues “Paragon Rising” and “Infinite Luthors” tell multiple stories during the game-changing crossover featuring additional CW characters across the Multiverse.

Do the stories actually make sense and tie-in with what was seen on TV with the 5-hour event? Despite being said to be canon with the 5-part event, do the two issues fit in with what the characters went through on-screen? Find out why the hosts had mixed thoughts on the two stories and more on this week’s The Flash Podcast – stay till the end, there is a post-credit scene!

“Crisis on Infinite Earths” leaps from The CW’s “Arrowverse” to this new collection starring fan-favorite character Felicity Smoak in a brand-new, Multiverse-spanning epic as she tries to locate the keys to the Anti-Monitor’s plan! Plus, Lex Luthor teams up with a council of Luthors, but can they all play nicely to save the Multiverse? Collects stories from Crisis on Infinite Earths Giant #1-2 and a Monitor’s worth of behind-the-scenes extras!”