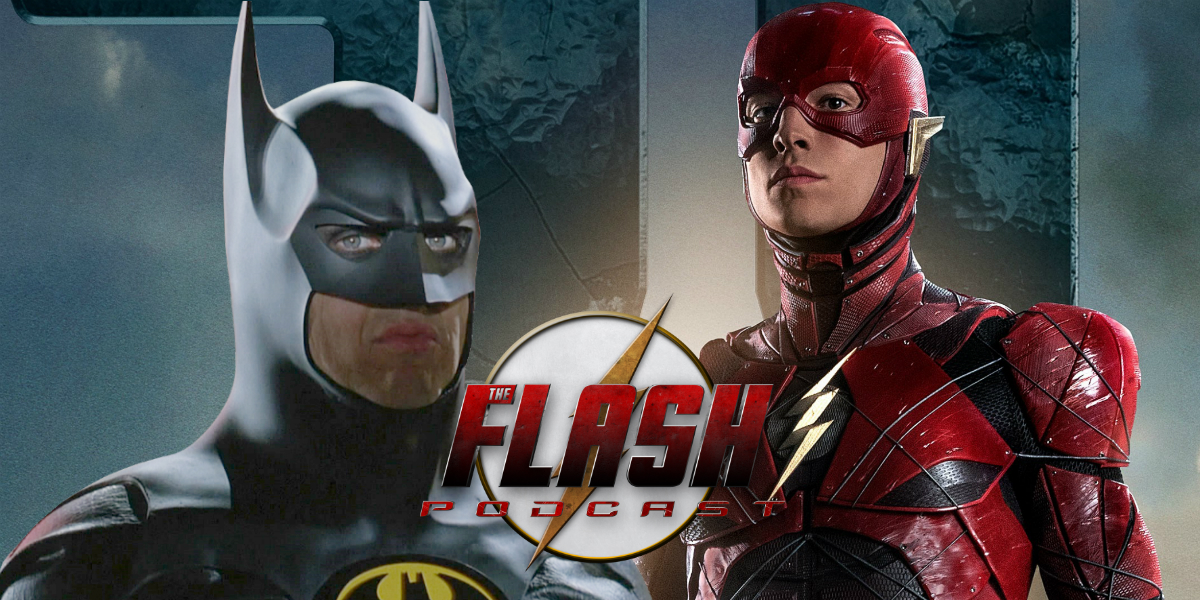 In this week’s episode of The Flash Podcast, Andy, Tatiana, Breeze, and Lacy got together to cover the world of The Flash, but this time on the big screen for the first time in a good while. The Flash film has been delayed multiple times, but things are beginning to (hopefully) move in the right direction in getting it into production. Michael Keaton’s Bruce Wayne a.k.a. Batman from the Tim Burton films is set to join the upcoming DC picture (reportedly doing its own version of Flashpoint) as an older Caped Crusader when Barry creates a new reality after going back in time. But apparently, Keaton’s version of the iconic DC hero might be sticking around as he is said to appear in multiple DCEU films!

What does this mean? Is this a good move for the film adaptation of the Barry Allen-centric movie? Will the DCEU begin utilizing the Multiverse concept now that the Arrowverse has solidified all of DC’s past, present, and future live-action properties through Crisis On Infinite Earths? In addition to that, the gang discusses their hopes and thoughts on what the Arrowverse might do for the Home Con edition of San Diego Comic-Con, but particularly the DC FanDome event in August! That and more on this week’s episode of The Flash Podcast!

To everyone who participated in the live-chat all-day long and helped promote the marathon as well as donate, we thank you so much! Just because the marathon is over, that doesn’t mean you can’t make a donation as the fundraising page is still taking donations! For more information on how to donate, click here to get to DC TV Podcasts’ official fundraising page on Feeding America! Additionally, be sure to check out the 2-hour assembly featuring over 20 hosts from the DC TV Podcasts Network by clicking here!