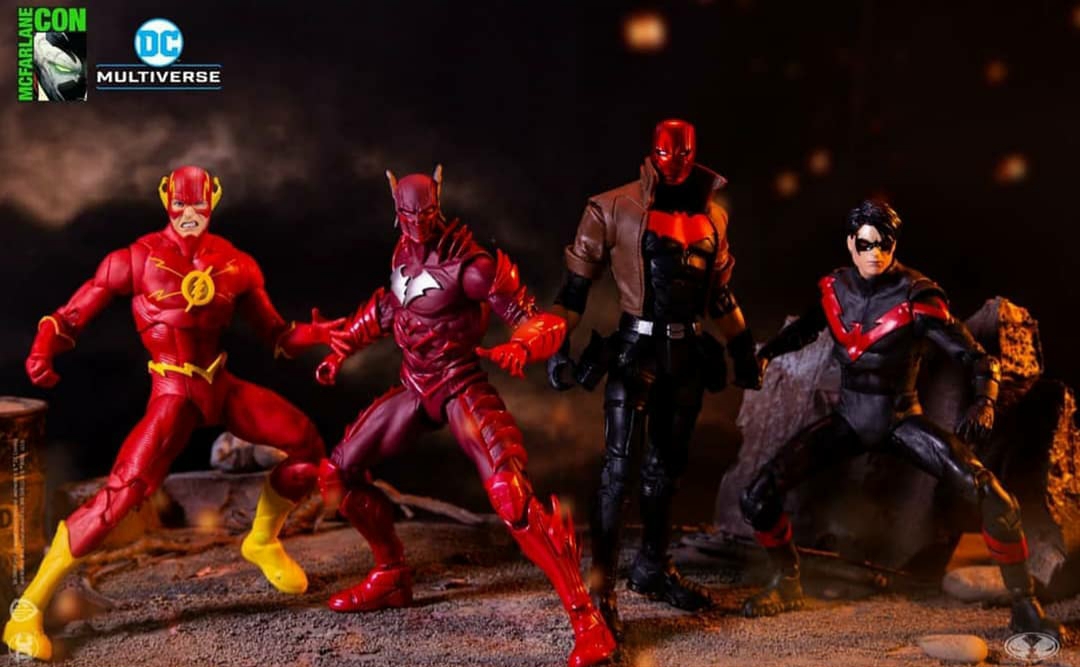 Todd McFarlane makes a massive impact on the industries he touches. Starting off as a Comic Book artist in the late 1980s, Todd helped change the visual language of comics with his unique art style. From co-creating Venom at Marvel to create his own character Spawn, Todd not only had the creative talents to make it in the comic book industry but the business talents as well.

As one of the founders of Image Comics, Todd helped pave the way for artists in the industry who wanted to create stories the way they saw fit while making a better living off of it as well. In the mid-1990s, Todd saw that the action figures of those times didn’t seem cool or detailed enough, so he began creating his own toys. From Todd Toys to McFarlane Toys, Todd’s company, and the talented people who work there, have reshaped the term “action figure.” The quality, care, and detail put into every McFarlane toy is as close to perfection a toymaker can get.

With a successful Kickstarter earlier this year, and licenses from Mortal Kombat, Fortnite, and now DC Comics, McFarlane Toys just might be one of, if not THE best and most sought after figures on the market today; even during this pandemic. This week at SDCC @ Home, McFarlane Toys made numerous announcements about their upcoming DC waves of figures. Online, some fans already have some criticisms for the toyline due to Batman-related characters being the majority of the focus. But Batman fans are happy to get closer to completing their DC Metal collection. Catch the gallery below and slide through with mouse navigation!

From DC Metal, McFarlane Toys announced a Batman figure, the Crows (evil Robin’s from a dark dimension), The Batman Who Laughs (in winged Hawkman-type armor), and an infected Superman. The Crow Robins have 3 different heads, so collectors will have to hunt those down if they want all 3 types. For Build-A-Figure collectors, when purchasing this entire line, you will have all the pieces to make Batman The Merciless; an Ares/Wonder Woman inspired alternate universe, Batman, from the pages of Snyder and Capullo’s Metal.

More solo figures coming out this fall will include Flashpoint Batman, The Flash, Cyborg (based on the animated series), Joker, Azrael Batman (from Curse of the White Knight), Arkham Knight Batman, and Arkham Origins Deathstroke. Lastly, there will be two sets of dual-packaged figures. The first set will include The Flash (which seems to be the same figure, but just a different face sculpts from the single pack version) and Red Death (the evil Flash/Batman from the Dark Multiverse. And the second dual-pack of figures contains Red Hood and New 52 Nightwing.

From the pictures shown in the gallery above, released by McFarlane Toys on their Instagram account, it’s clear that the quality collectors expect from the company are seen in each of these figures. Besides the mixed reception over the majority of these figures being Batman-related, there have also been fans asking for more female characters. So far the waves McFarlane Toys has produced have contained a Batgirl, a Harley Quinn, and two versions of Wonder Woman.

Here’s hoping we will get a WW84 Cheetah, The Drowned, a Teen Titans cartoon-inspired Raven and Starfire, and/or any version of Poison Ivy. With so many great DC characters still not yet translated into figures by McFarlane Toys, which ones would you want to see made? Let us know!

These figures will release this fall from McFarlane Toys and DC.