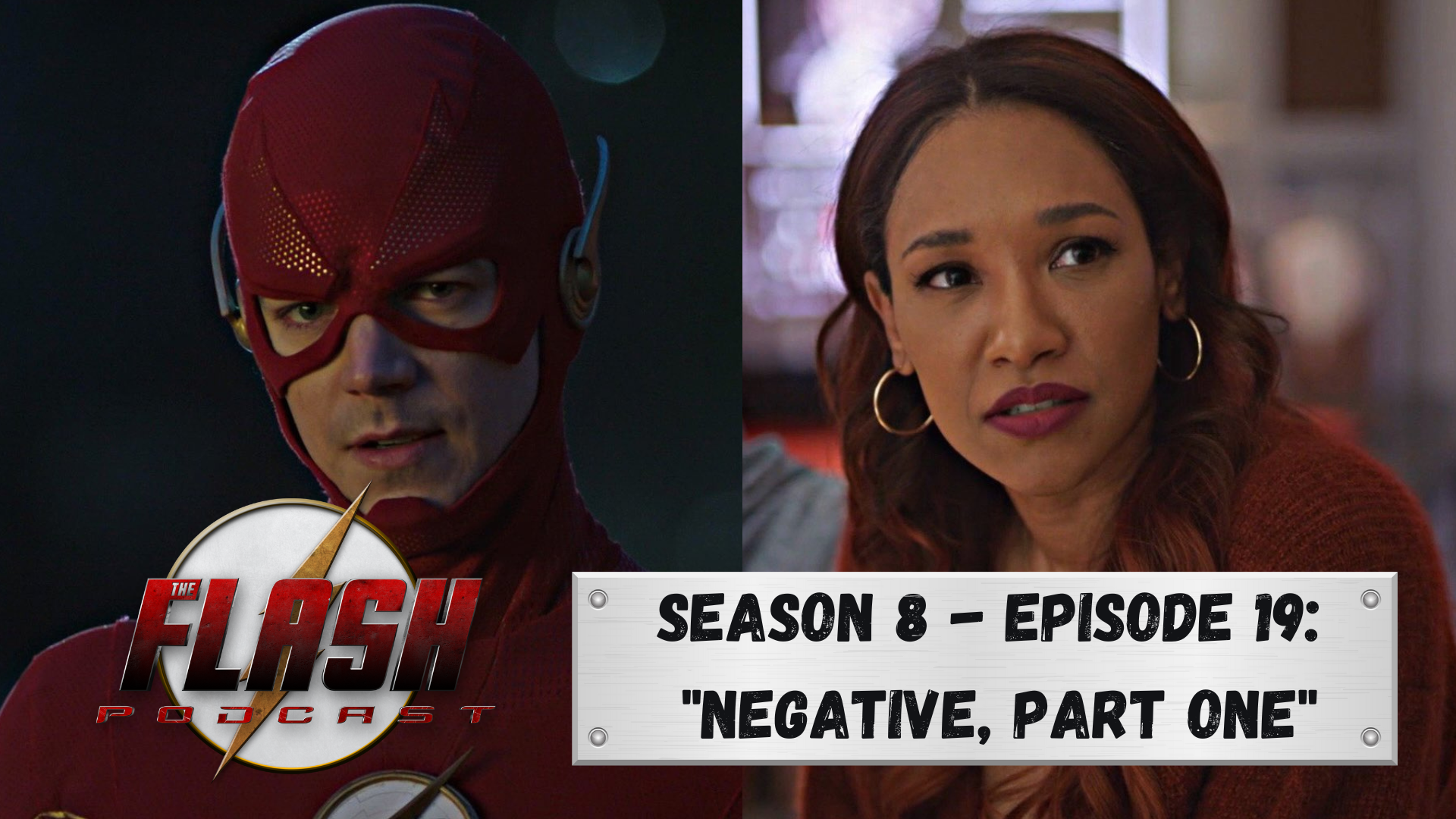 On this week’s episode of The Flash Podcast, Andy, Tatiana, Breeze, and Lacy get together to cover the nineteenth episode of The Flash season 8! Titled “Negative, Part One,” a.k.a. the first part of the season 8 finale, the origin of Iris’ time-sickness is revealed(-ish?) while Barry and Team Flash take on the-now-Negative Forces, with the episode ending with one of the most bizarre cliffhangers of all time. the In addition to that, the gang also read listener feedback and emails about “Negative, Part One.” That and more on this week’s (CONFUSING) episode of The Flash Podcast!

ICYMI: NEXT WEEK, on Thursday, June 30th, at 9 PM ET/6 PM PT, The Flash Podcast will be LIVE on DC TV Podcasts’ YouTube channel, to cover part 2 of The Flash season 8 finale, a.k.a. episode 20, “Negative, Part Two”! Click here to get to the YouTube event and follow it so you don’t miss it next week and subscribe to the YouTube channel while at it!

TEAM FLASH BANDS TOGETHER – The Flash (Grant Gustin) and team are in for the fight of their lives, meanwhile, Iris (Candice Patton) discovers the cause of her time sickness. The series also stars Jesse L. Martin, Danielle Panabaker, Danielle Nicolet, Kayla Compton and Brandon McKnight. Jeff Byrd directed the episode written by Jonathan Butler &amp; Gabriel Garza (#819). Original airdate 6/22/2022. Every episode of THE FLASH will be available to stream on The CW App and CWTV.com the day after broadcast for free and without a subscription, log-in or authentication required.