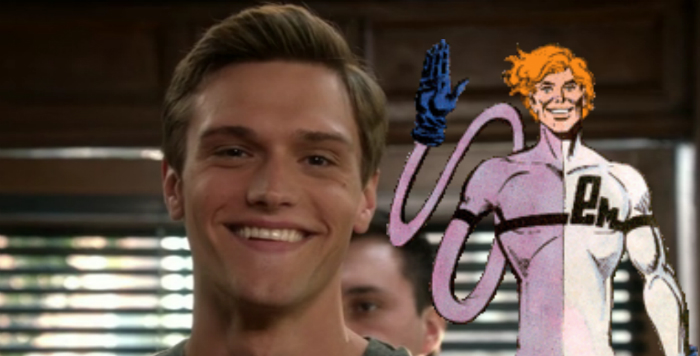 We are only a few episodes into Season 4 of The Flash as The CW released the official synopsis for episode 4 today titled “Elongated Journey Into Night.” The episode features the debut of DC Comics’ Ralph Dibny a.k.a. Elongated Man, who will be played by Hartley Sawyer (The Young and the Restless, Saving the Human Race. Caper)

This meta-human’s powers include stretching his limbs and body into unbelievable lengths and sizes. The episode is set to air on Tuesday, October 31. Sawyer will be recurring as Ralph throughout the fourth season of the show. This also marks as DC Comics writer Sterling Gates’ first co-written episode of the series, who created Caitlin Snow in the comics!

Last month, executive producer and showrunner Andrew Kreisberg teased Dibny’s role in the new season. Kreisberg reveals that conflict will ensue between him and Barry Allen (Grant Gustin) in terms of how to be a leader and a hero. Are you excited to see what the future holds for the Elongated Man? Be sure to let us know in the comments below!

The Flash Season 4 airs Tuesday nights at 8/7c on The CW!