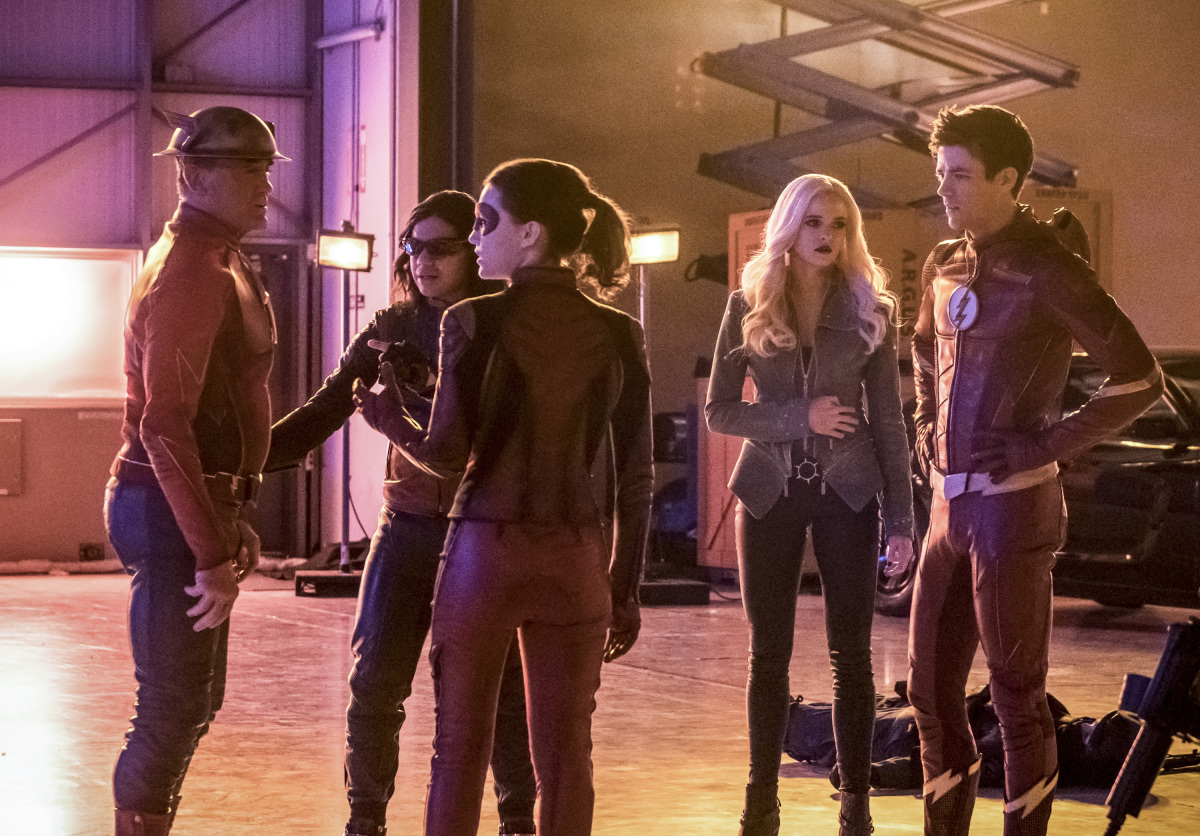 John Wesley Shipp and Violett Beane are returning to The Flash as Jay Garrick and Jesse Quick respectively next week! Right after tonight’s episode, The CW aired a trailer for the 15th episode of Season 4 titled “Enter Flashtime” as Barry is joined by some fellow speedsters.

You can catch the trailer below along with the photos for the episode below. Be aware of potential spoilers though.

JESSE QUICK AND JAY GARRICK TEAM UP WITH THE FLASH — When a nuclear bomb detonates in downtown Central City, Barry (Grant Gustin), Jesse Quick (guest star Violett Beane) and Jay Garrick (guest star John Wesley Shipp) slow down time by entering Flashtime. As everyone in the city is frozen, the three speedsters push themselves to the breaking point to save the city and everyone in it. Gregory Smith directed the episode written by Todd Helbing & Sterling Gates (#415). Original airdate 3/6/2018.”

The Flash Season 4 airs Tuesday nights at 8/7c on The CW! Are you looking forward to this episode? Let us know in the comments below!