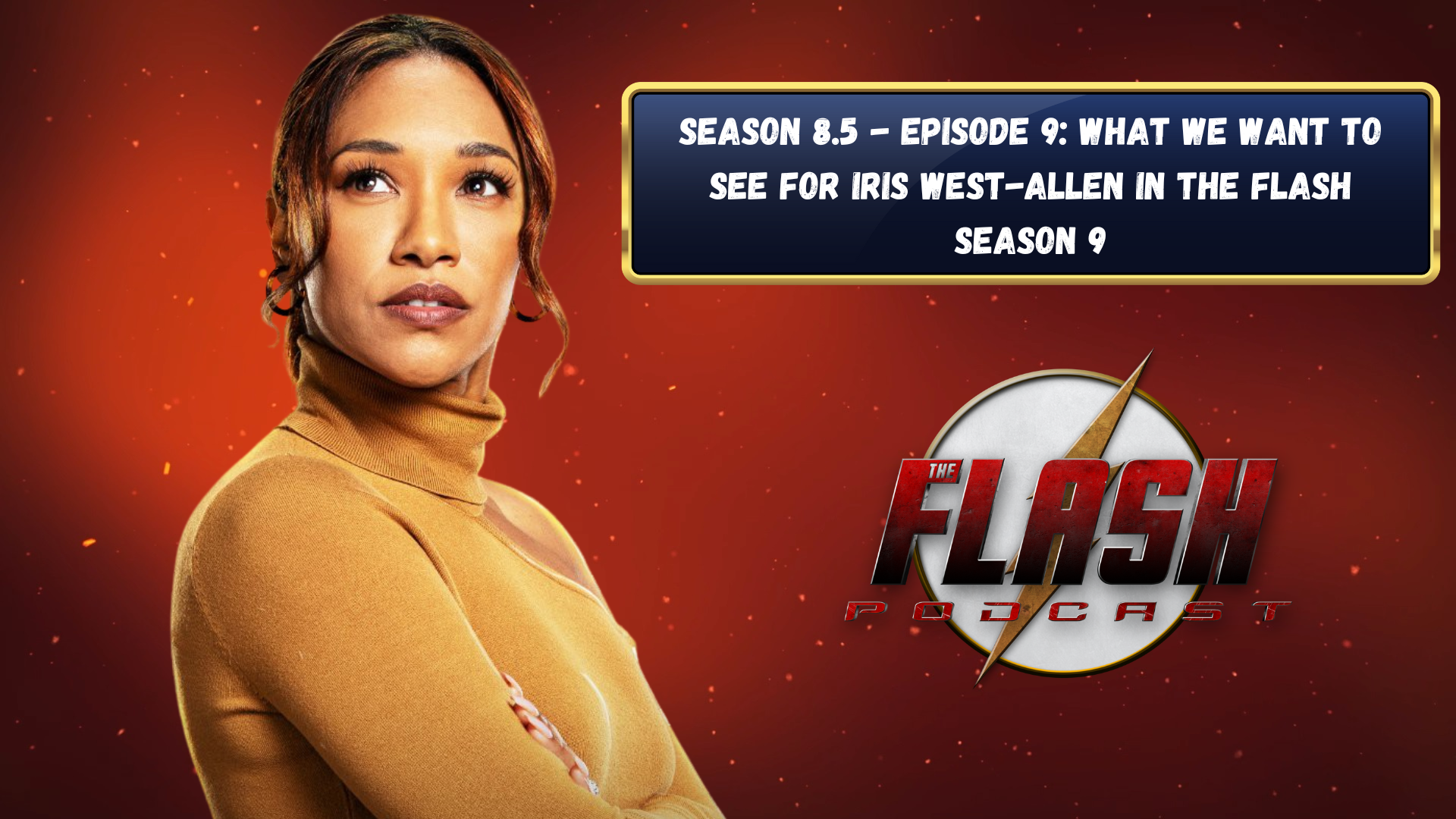 The Flash Podcast Season 8.5 – Episode 9: What We Want To See For Iris West-Allen In The Flash Season 9

On this week’s episode of The Flash Podcast,  Andy, Tatiana, and Breeze, are joined by special guest Jessica from Ladies with Gumption (we call this episode Flash With Gumption!) to together to breakdown all the latest The Flash season 9 news! From the latest extended The Flash season 9 trailer and more, the gang also do a spotlight on Iris West-Allen for the final season. Throughout the episode, the hosts talk about things they still want to see for Iris in The Flash season 9 before the show ends for good, as well as read fan feedback about what they want to see for Iris. That and more on this week’s episode of The Flash Podcast!

SPECIAL MESSAGE: As we are heading into the show’s final season, season 8.5 will be focused heavily on talking about what we hope to see in The Flash season 9. So be ready to expect multiple individual episodes throughout Season 8.5. where we talk about what we hope to see for all the characters, speculations, and lots more. Last, but certainly not the least: we will be going all-in for TFP Season 9, with attempts to get more interviews, opportunities, and content for all of you wonderful listeners. So more than ever, subscribe to the podcast through the links below and follow us through our social media links below, as every engagement matters and will help to make everyone’s season 9 experience as iconic as possible!

Season 9 Trailer Released By The CW

Supergirl Star Nicole Maines To Appear As Dreamer In Season 9