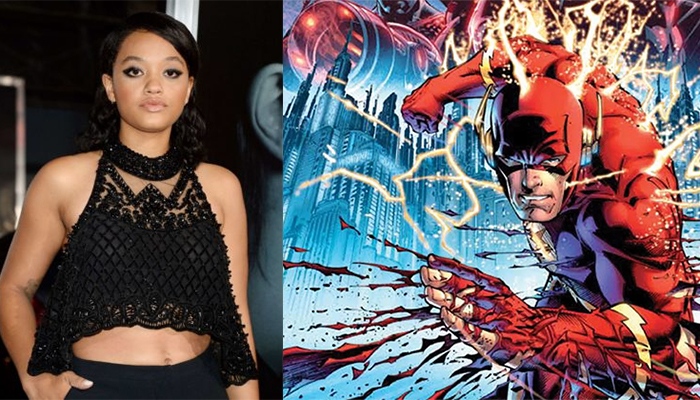 While at the premiere of her new film Flatliners, Kiersey Clemons answered a few of ET Online‘s questions about her upcoming role as Iris West. Check out the video below!

When asked how her version of Iris West will differ from Candice Patton’s on the hit CW show, Clemons responded “in all ways.” She has previously gone on record that she doesn’t want to watch Patton’s portrayal because she doesn’t want her own performance to be influenced, which is a sentiment she echoed once more here. “I want my Iris West to be its own world,” she explained. And though she and her co-star Ezra Miller seem to have received the first draft of the Flashpoint script – or at least know the general idea behind it – it sounds like Clemons is still in the dark about which direction the cinematic universe will take with her character.

“Because of going back and forth past and future with The Flash, you don’t even know what time period you actually meet Iris,” she teased. This could mean several things, seeing at Iris West in the silver age comics found out she was actually born in the 30th century and adopted by her father Ira in the present. However, it could also be a reference to Barry changing the timeline and not meeting Iris until he steps into the world of Flashpoint that he created. This could make for a heart-wrenching addition to leaving his parents behind, because he would also have to abandon whatever relationship he formed with Iris… until he hopefully finds her once more upon restoring the timeline.

More immediately, at least this interview puts to rest the fears that Clemons would be replaced, which have been swirling ever since the rumors that she was cut out of Justice League. While the actress did not address that specific concern, she did acknowledge that Flashpoint was still in the process of finding a new director.