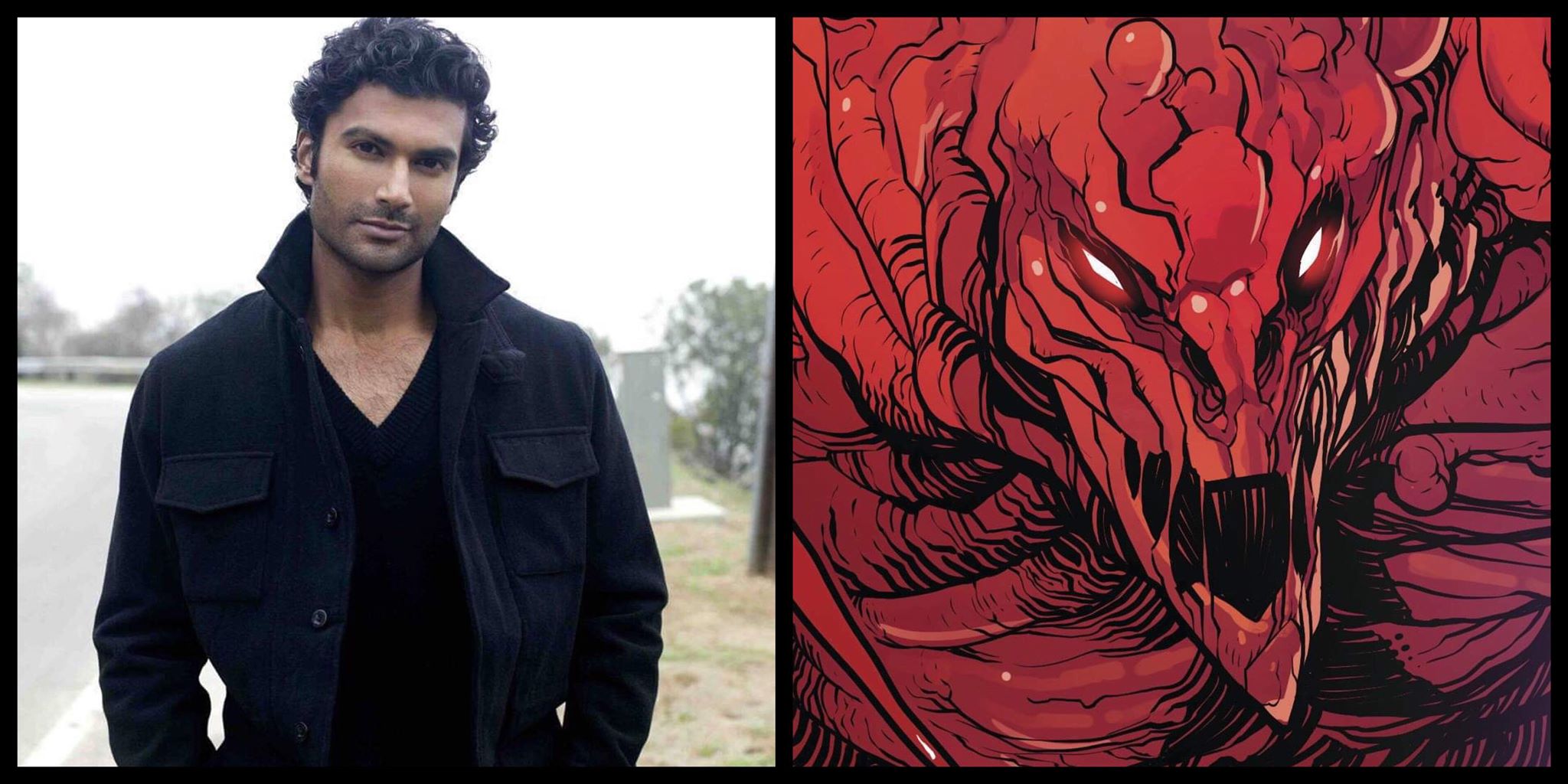 The Flash is getting a brand new villain and it’s someone who is no stranger to super-powered based shows! Sendhil Ramamurthy has joined the show in a recurring capacity as DC Comics baddie Bloodwork! Here is how he is described:

“Dr. Ramsey Rosso, a brilliant physician with a genius intellect, and the world’s leading expert on hematological oncology. A former colleague of S.T.A.R. Labs’ Caitlin Snow (Danielle Panabaker), Rosso rekindles their friendship after they are reunited by an unexpected event. But their longtime bond is quickly shattered when the doctor’s desire to defy the laws of nature takes him down a dark path…one that transforms Rosso from an old friend into the most chilling villain Team Flash has ever faced: the monstrous Bloodwork.”

“Barry Allen (Grant Gustin) lived a normal life as a perpetually tardy C.S.I. in the Central City Police Department. Barry’s life changed forever when the S.T.A.R. Labs Particle Accelerator exploded, creating a dark-matter lightning storm that struck Barry, bestowing him with super-speed and making him the fastest man alive — The Flash. After thinking he and his wife Iris West-Allen (Candice Patton) could finally enjoy being newlyweds, they discover their future daughter Nora West-Allen (Jessica Parker Kennedy), who is a speedster known as XS, travelled back in time to heroically fight by her father’s side and stop the one villain The Flash is destined to never defeat, the meta-serial killer Cicada (Chris Klein). The Flash and XS rely on the help of Team Flash, which includes super heroes Caitlin Snow (Danielle Panabaker), Cisco Ramon (Carlos Valdes), Ralph Dibny (Hartley Sawyer), master-detective Sherloque Wells (Tom Cavanagh) and The Flash’s adoptive father Joe West (Jesse L. Martin) and his girlfriend Cecile Horton (Danielle Nicolet) to finally stop Cicada, save The Flash’s legacy, and discover the truth about the evil mastermind who’s pulling manipulative strings through time. Based on the characters from DC, THE FLASH is from Bonanza Productions Inc. in association with Berlanti Productions and Warner Bros. Television, with executive producers Greg Berlanti (“Arrow,” “Supergirl,” “Riverdale”), Eric Wallace (“Teen Wolf”) and Sarah Schechter (“Arrow,” “Supergirl,” “Riverdale”).”