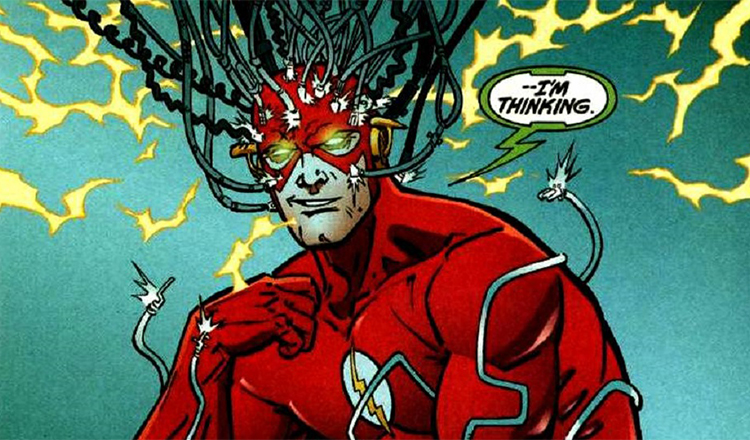 The Thinker Confirmed As The Flash’s Next Villain

For those of us tired of Barry Allen not being fast enough to stop the latest speedster on the scene – despite being the fastest man alive – The Powers That Be have finally heard our cries! Andrew Kreisberg commented at PaleyFest in March that “Next season, we’re not going to have a speedster as the main bad guy,” and it looks like he’s following through on that promise with… The Thinker!

According to TVLine, sources have confirmed to them that Season 4’s Big Bad will indeed be Clifford Devoe, also known as The Thinker. Casting is currently underway for an actor in their 40s to play the role of the man who will have Barry thinking with his brain rather than on his feet. Avid fans of The Flash have suspected this ever since Abra Kadabra name-dropped Devoe earlier this season, and Savitar’s mention in the finale only cemented that belief. But some of you might be wondering just who that is?

The Thinker was first introduced during Jay Garrick’s era, in 1943’s All-Flash #12. He was a District Attorney who struck out big time in one of his first big cases against a mob boss and wound up joining with that mob instead. Soon enough, he was leading criminals instead of working for them – and he even developed a “thinking cap” that allowed him to project mental force. This means he has the powers of telekinesis and even mind control through his invention, which he uses to control other metahumans instead of being one himself. 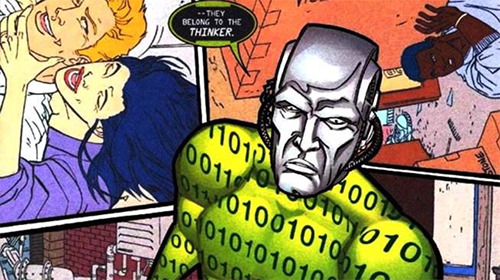 Even though he originally fought Jay, a version of The Thinker later went up against Wally West. Other Thinkers – yes, there have been several – have even fought Firestorm and Batman. Of course, this isn’t the first time Flash villains have traded heroes and it won’t be the last. Since we know this version is named Devoe, I’m assuming he’ll be most like the Golden Age villain. But will he have equipment or telepathic powers, perhaps given to him by the speedforce storm in the latest finale? And will he still be a lawyer! I hope so, as it provides a reason to explore Joe’s role as a cop and Iris’ job as an investigative journalist to the forefront. What happens when Barry and Wally face a criminal who can expertly use the law to protect himself? It could be a villain that truly makes the team put their minds to good use.

Let us know who you’d cast as The Thinker in the comments below!