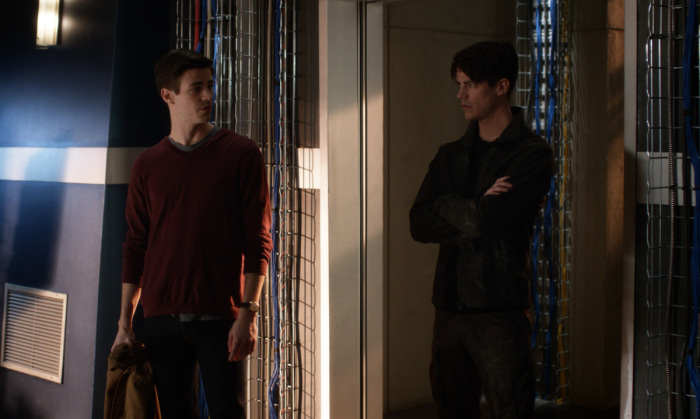 We are officially less than one week away from the SEASON THREE finale of The Flash which will feature the final showdown between Savitar and our hero. The CW released promo images for the last episode of the season titled “Finish Line” which will deal with the aftermath of this week’s episode.

As we said on the latest episode of the podcast: we will be doing a LIVE show on Tuesday, May 23 around 9 PM PST to discuss the season three finale where you can tune in and hear us right on the spot. Be sure to follow Mixlr.com/DCTVPodcasts for when we go live – you can access the free service by heading to Mixlr.com or download it on your phone through the App Store.

The Flash airs on Tuesday nights at 8/7c on The CW. What did you think of tonight’s episode? Are you looking forward to the season three finale? Do you have any theories for what will happen next week? Let us know in the comments below and stay tuned for the latest episode of The Flash Podcast!